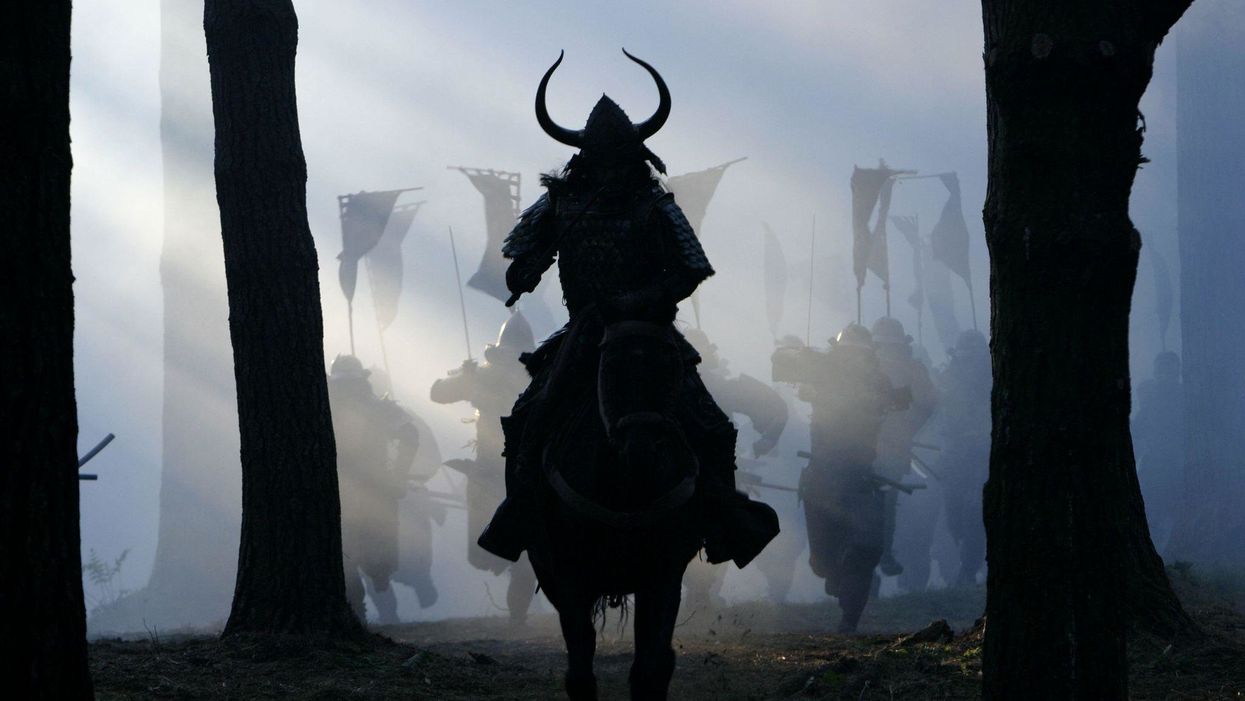 Yes, the title is a pun.

I like movies; I like samurai; I made a Facebook poll to see which samurai movies my fellow martial artists would recommend! If you're looking for something good to watch, why not check out one of these films?

I'll be honest – on the Facebook poll, I wasn't sure if people meant the 2003 version of this movie or one of the 26 Zatoichi movies that were made between 1962 and 1989. I'm playing the odds and guessing you all meant the most recent one; whether or not you did, I want to reiterate that there is a 26-movie series dedicated to the story/character, so you know it's good.

Zatoichi is a blind master swordsman (and masseur, in the old films) who uses his skills to protect the people of a small town from a gang that's been terrorizing them. Small towns get terrorized a lot in samurai movies.Length: 116 minutes

6. The Sword of Doom

In sharp contrast to the noble Zatoichi, the main character of Sword of Doom, Ryunosuke Tsukue, is a merciless, borderline-sociopathic ronin. The story is one of the inevitable consequences of our actions, set to the backdrop of feudal Japan.

Also, Toshiro Mifune is in this movie! He plays a master swordsman named Shimada Toranosuke ( because Shimada is a great name for samurai).

Again, I assumed the modern version of this film was intended (the 2010 version is based on a 1963 film of the same name). The plot is similar: a group of 13 samurai-turned-assassins seek to kill a violent, dishonorable feudal warlord. (Guess what the first name of the honorable samurai leader is? Guess! Guess! It's Shimada.)Length: 126 minutes

Unlike many of the other films on this list, Twilight Samurai is a historical drama more than an action film (don't worry; there are still fight scenes). No one ever said samurai had easy lives, but movies tend to focus on their conflicts with armed opponents, evil clan lords, and roving hoards of bandits. Twilight Samurai shares the tale of low-ranked samurai Seibei, whose primary struggle is raising two daughters as a single father, while also caring for his ailing mother.

Side note: I watched this movie for a Japanese Film class back in college; it made me cry.Length: 129 minutes

Starring Toshiro Mifune (let's be honest, any list of top samurai movies is going to mention at least four with Mifune), and directed by Akira Kurosawa (same), Yojimbo is set in feudal Japan (…there's a theme going on here)(I'm not complaining; I love jidaigeki).

Mifune's character is a ronin (masterless samurai), wandering through the desolation left by the ending of the feudal era of Japan. Like many formerly proud samurai, Mifune is forced to choose from less-than-desirable employment options. It's a great film, with Mifune delivering a brilliant performance as always.

Despite being the only American-made film on this list, The Last Samurai invokes many of the same themes as the other samurai films: honor, placed and misplaced loyalty, and the turbulence caused by changing times.

The movie stars Tom Cruise as a disillusioned American veteran, left jaded by the atrocities he was called to carry out over the course of his service. He takes what is essentially a mercenary job in Japan, training the modern Imperial Army against the samurai-led resistance.Length: 154 minutes

Let's be honest, we all knew this one was coming. Seven Samurai is a cinematic masterpiece – not just among samurai, or jidaigeki or chanbara films, but along all films, and I am willing to fight on this. Not that I need to – it was overwhelmingly the most popular on our poll, and boasts the highest Rotten Tomatoes Audience Score to be found on this list. If you've already seen it, this is your friendly reminder that you're probably due to watch it again. If you haven't seen it, what are you waiting for??? Go watch Seven Samurai now!!!

In short, it's basically perfect.

To survive marauding bandits, a peasant village hires samurai to defend them.

That's it; that's all I'm going to tell you. It's amazing. Go watch it.Length: 207 minutes

The sequel to Yojimbo! I felt bad mentioning one without the other (although more people did mention Yojimbo on the poll). If you liked Yojimbo, trust me, you'll like Sanjuro too.

How many of these have you seen? What movies are missing? Let us know in the comments!