How Do You Make Combat Beautiful? 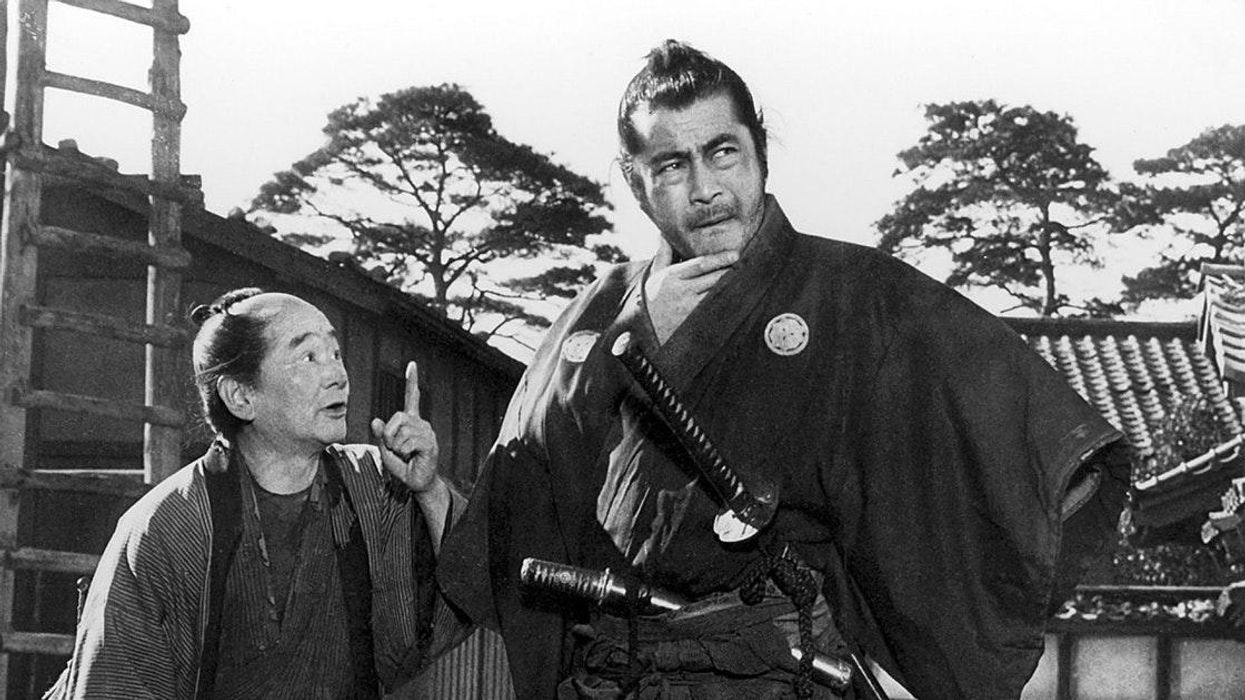 The Art of the Sword and the Silver Screen

There can hardly be a more iconic action scene in an action film, but especially in a Samurai action film, than Tatsuya Nakadai in Sword of Doom (1966) as he walks purposefully along a misty path, eyes forward, as if in a trance, a death-stare, and methodically slices and cuts all the opponents in his way (scene below).

Samurai action films are a genre that brought actors like the aforementioned Nakadai and Toshiro Mifune to prominence in America, but the artistry of the flashing steel is actually an art in and of itself. The art of Tate (Tah-tay) is the well from which most of those amazing sword battles were drawn.

Tate is not just another martial art, but rather a martial art with a specific purpose. Literally translated, Tate means choreographed sword battle. Although the techniques can be used for fighting, Tate is meant to be theatrical, and so it is intended to adorn the stage and screen.

Enter Tate swordmaster, and actor Yoshi Amao. Amao is an expert practitioner of Tate and explained the difference between the cutting techniques of traditional arts like Kendo and Iaido and the art of Tate. Amao tells, "We needed to add something different. It's not a realistic way to fight, but it can look gorgeous, amazing, dramatic, or funny." While fighting stresses the economy of motion and effectiveness of technique, choreographed combat seeks to embellish with elaborate and beautiful flourishes.

Yoshi Amao wanted to be an actor. And so he left Japan for New York in 1990. It wasn't until years later, at an audition for a film, that his planned course would take a detour into the martial arts. Teaching the choreography for his audition was legendary actor Mako Iwamatsu "He showed me some movement with the sword, and then he handed the sword to me and said, "OK? You do the same thing." I tried to do the movement like him, but I couldn't do it. I was so disappointed. I felt like it was something I really wanted to learn. It's very beautiful, and as a Japanese actor, I felt I should learn to do this. That was my inspiration."

As destiny sometimes provides, an actor friend, with knowledge of Tate came to New York. Amao asked if he would teach him privately. Eventually, a class on Samurai sword was established drawing actors, stunt people, and sword enthusiasts alike. At first, Amao assisted, but eventually, he began teaching the class with his teacher's blessing. Wanting to learn more, Amao went to Japan to study, and after a couple of teachers ended up as the disciple of Master swordsmen Waki Tahei Sensei.

As spectators and filmgoers, many of us have likely seen Tate and never realized it. There are some classics of the genre, specifically the aforementioned, Sword of Doom and also Kurosawa's Yojimbo (1961), with Yojimbo being quite possibly the most borrowed from (note: not ripped-off) film ever made. The entire film was remade twice, first as A Fist Full of Dollars (1964) and then in the 90s as Last Man Standing (1996). The cantina scene in Star Wars (1977) where Obi-Wan cuts off the gangster alien's arm is lifted directly from this film, as is the ending of The Warriors (1979) where Swan throws the knife into Luther's gun-wielding arm. Clearly, Tate is not so unusual or theatrical as to make it inaccessible, but rather it adds the warrior spirit to conflict in a visceral way that the viewer understands intuitively.

Sword epics are hard to come by these days, but hopefully they will return and the art of Tate will live on in film and on stage bringing new practitioners and new masters.

To find out more about Yoshi Amao's Tate classes and more, click here.