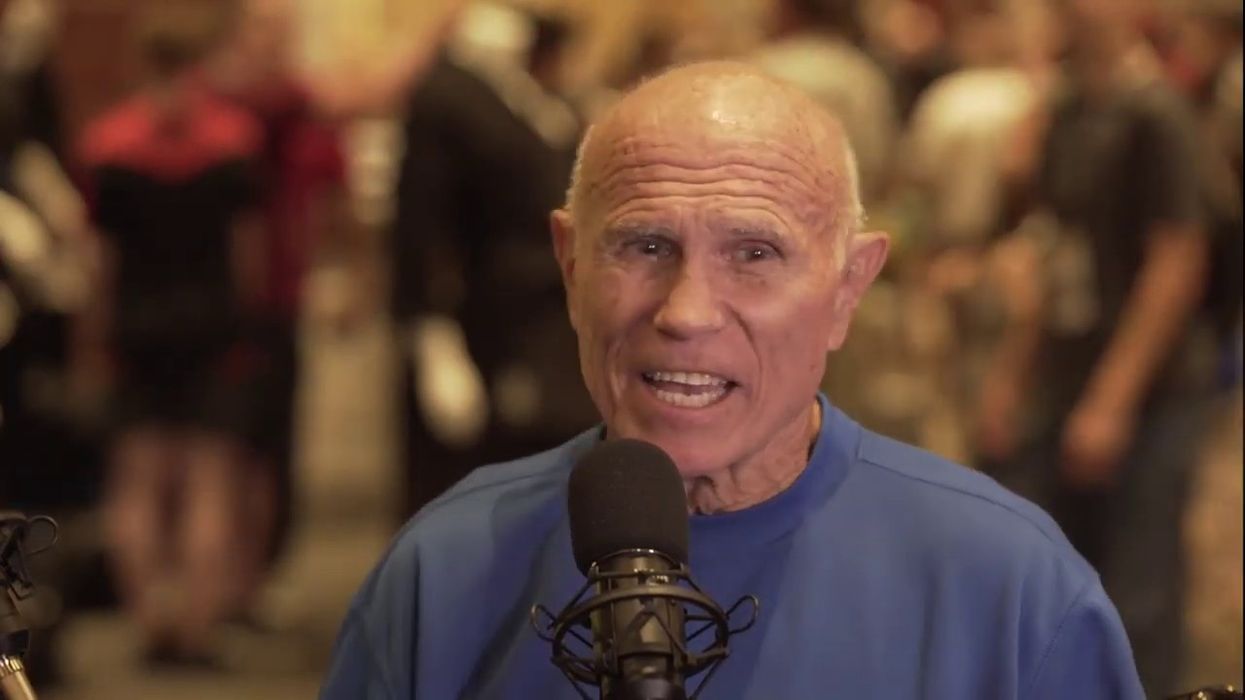 You probably can guess some of the names on Superfoot's list — Joe Lewis, Chuck Norris, Mike Stone — but we doubt you can guess them all. Journey back in time to the era of karate tough!

In the early 1980s, I was asked to name the top 10 karate fighters of the 20th century. Here's my list again — for the benefit of all the martial artists who never saw it when it ran and for those who are too young to have lived through those early years of martial arts in America. No. 1 on my list of the top 10 karate fighters was Joe Lewis. I picked him because I have never met anybody who said he enjoyed sparring with Joe Lewis. I sparred with him several times and learned a lot, but I didn't enjoy it — it hurt!

Joe Lewis was very quick, and he knew where to hit you. In my estimation, he was probably the best because he was always in great physical condition, he was strong and powerful, he didn't mind getting hit and he liked to hit you.

My No. 2 choice was Chuck Norris. When I started in karate in 1966, Norris was the epitome of the karate man. I saw him on TV doing jump spinning back kicks and different combinations, and he was my hero then. I saw Chuck Norris fight several times, and if he's not No. 1, he's definitely No. 2.

Mike Stone was my No. 3 choice. I never saw Stone fight; I'm just going by what other people have told me. He was mean and aggressive, and the word “lose" was not in his vocabulary. His attitude was, “If we're going to fight, we're going to fight hard."

Mike Stone's fights weren't pretty, from what I understand. He was a winner, and when he beat you, you knew he'd won.

My No. 4 choice was Ron Marchini. I fought him in 1970. He was a very good counter puncher, a good technician and a good all-around karate fighter. In 1969 he was voted the top competitor on the mainland team in the Mainland vs. Hawaii series, and he deserved that honor.

My No. 5 choice was Tonny Tulleners. I never saw him fight, but I met him several years ago. He's a tall, rough-and-tumble guy. I watched him “spar" with his students, if that's what you want to call it — he beat on them. Tulleners had a fantastic reverse punch, great timing, great distancing and good movement. He made me believe everything I'd heard about him.

No. 6 was Skipper Mullins. I fought him once in Dallas. That was enough. I won that fight, but he was the one I fashioned my kicks after. He was the first one I saw throw a roundhouse kick with his forward leg and be effective with it.

My No. 7 pick was Mike Warren. He was one of the best fighters the United States ever produced. He had all the agility in the world, all the speed and all the confidence. At one Battle of Atlanta tournament, Warren beat everybody. He beat me, Darnell Garcia and a bunch of guys. He was a superb athlete and a phenomenal kicker. We fought four times; he won twice and I won twice.

Frank Smith was No. 8 on my list. I never saw him fight, but from what a lot of respectable fighters tell me, he was one bad dude: a great technician and a strong fighter. Because of politics, Frank Smith, Mike Warren and Tonny Tulleners rarely fought in open tournaments, and they didn't get the credit and recognition due them.

No. 9 was Howard Jackson. He and I did spar, and we were good friends. Jackson was a superb technician — greased lightning, very fast. His competitive career was cut short by a knee injury.

Can you imagine being the No. 1 fighter in the entire country, being at the top of your career, walking into a ring to fight at a small tournament in Denver, taking a step, slipping on a cup and tearing your knee up? That's exactly what happened to Howard Jackson, and it ruined his career — a real shame.

The No. 10 person on my list of greats was … me. I don't know why I should be listed here, except that I was very lucky. I liked to kick, and I liked to fight. I guess I enjoyed that one-on-one confrontation.

Every time I fought, I never thought about losing. I felt the way Mike Stone did: If we're going to spar, let's spar. But if we're calling points, then there's going to be a winner and a loser — and I'm going to be the winner.

There are some guys I was forced to leave off the list when I made it. Anthony “Mafia" Holloway and Kevin Thompson were probably two of the best fighters around. And another guy who should definitely have been listed is Benny Urquidez because he was a superb point fighter before he got into full-contact karate. He was one of the best because he was willing to fight by any rules.

As I look over this list now, I see something in common. There are about six of us here — Joe Lewis, Chuck Norris, Mike Stone, Tonny Tulleners, Frank Smith and me — who hated to lose. I remember losing at point tournaments, and people would say, “Come on, Bill, let's go to the party." And I'd say, “I ain't going to no bleeping party! I'm mad!" None of those guys would have said, “Oh, it's only a point tournament."

I was a perfectionist. I wanted to win every time. And I wanted every technique I threw to score. If I beat you 15-1 and still missed three or four kicks, I was upset. I wanted to be perfect. The guys on this list were like that.

PREVIEW: The 2021 Battle of Atlanta

One of the world's premier sport karate tournaments is just five weeks away, as the events at the Battle of Atlanta will begin Thursday, June 17th with the Professional Martial Arts Conference (PROMAC) Championships and Award Ceremonies. The Battle is PROMAC's marquee event and a number of competitors vying for national PROMAC titles will likely bolster the expected large turnout for the North American Sport Karate Association (NASKA) portion of the event taking place on Friday and Saturday.