Tegu was the first piece of equipment I bought from Century. Until then, I had been borrowing communal headgear from my gym for sparring. Tegu was a new product, and I thought it looked cool, and I was tired of my hair smelling like the aged sweat of other people.

I ended up loving my Tegu so much, I convinced two of my friends at the gym to buy it, too. They also became fast fans.

When you pick up Tegu headgear, the first thing you notice is that it doesn't have the same "squish" as leather or foam headgear. In fact, if you press on the top section, you might be reminded more of a bicycle helmet (however, the Tegu sits much closer to the head, and has a layer of external padding so it doesn't tear up the hands/feet of the person making contact with it). 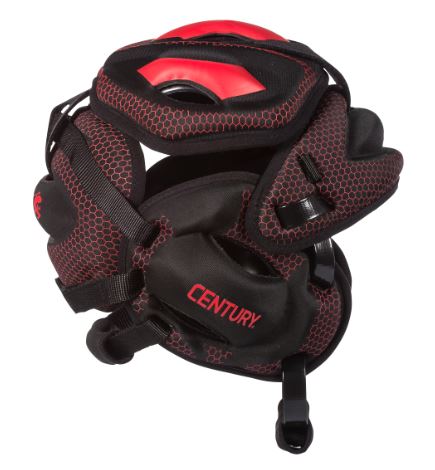 Side profile of Tegu.

Instead of being made from dipped or sewn foam or sewn leather pieces, Tegu is made from five individual, interlocking plates. These plates are more rigid than traditional headgear material. You might think that this would make Tegu uncomfortable, but nope! Here's why: every connection between any of the plates is adjustable. Once you find the size that fits your head, you can easily adjust the shape.

The only downside here is that, once you've got the Tegu fitted for your head, it won't be as comfortable for anyone else (unless they have a similarly shaped skull). You can always readjust the straps, but that takes a few minutes. It would be more of a "Can I borrow your headgear for the day?" adjustment than a "Can we trade headgear back and forth between rounds?" adjustment.

You may also notice the "ridges." There are three on the top of the helmet, one over each ear, one at the back of the skull, and one over the forehead. These provide ventilation, but they also serve a more important purpose: The shape of the ridges helps disperse impact across the entire surface of the headgear.

The top section of Tegu is removable to accommodate grappling-based workouts. 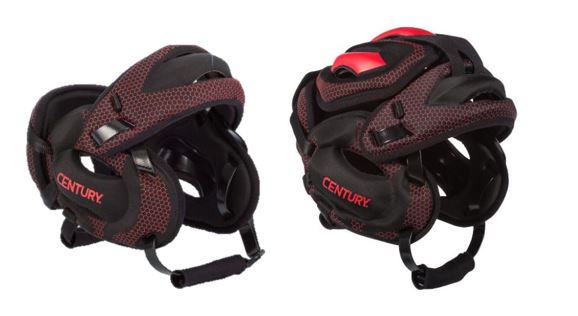 Tegu without and with the top section. It comes attached.

How did the idea for such a unique piece of headgear come around? I spoke to Tibor Siklosi, one of the Century team members who helped create Tegu. 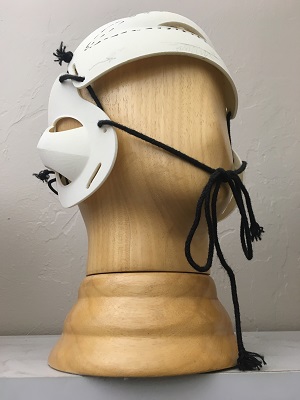 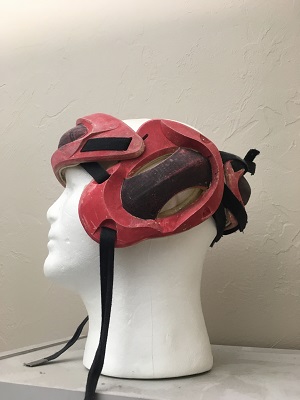 It turns out Tegu had the same source of inspiration as many Century products: a martial arts gym. This time, it was the Jackson Wink MMA Academy in California.

An MMA bout starts with both fighters standing. Punches, kicks, and knee and elbow strikes are all par for the course. However, fights often – suddenly and violently – go to the mats. This causes a problem in training, because traditional headgear is made for stand-up striking or grappling, not both.

"(Coaches Greg Jackson and Mike Winkeljohn) were looking for something a little different for their fighters," Tibor explained. "In training, a lot of them were sparring wearing wrestling headgear. They had no head coverage, nothing covering their eye area or their forehead. One guy who caught a knee (to the face) and broke his orbital socket."

If you're making your living fighting, getting injured in training is the last thing you want. It's no wonder that Academy's coaches wanted to safeguard their fighters. Century's R&D team set out to design headgear that would work for grappling or striking, wouldn't slide around, and was comfortable and low-profile enough for fighters to want to wear. 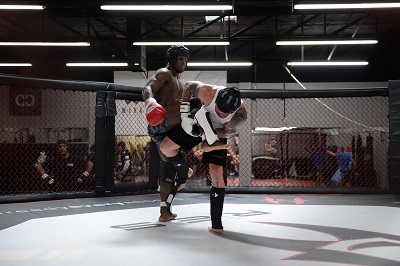 "We sent a few people out to the gym, and outfitted the whole club, everybody at Greg's, with Tegu headgear," Tibor told me. "Michelle Waterson was there, Holly Holm was there – this was a while back. They all had to wear Tegu for sparring. That was Greg (Jackson)'s rule."

A headgear that was good enough for professional fighters turned out to be good for a lot of other things, too.

"There have been some surprises," Tibor said. "Law enforcement agencies have bought bunches of these for training. The Coast Guard bought some, and the FBI. A lot of groups have bought (Tegu)."

Another pleasant surprise came about a year after Tegu had been on the market. Century began receiving feedback from parents of children with epilepsy, as well as adult individuals with epilepsy, who had been using the headgear for everyday life.

Epilepsy can trigger sudden seizures. The falls or subsequent spasms can result in the person sustaining head trauma. Children, especially those with special needs, often wear headgear as a precaution. Tegu had not been marketed as epilepsy headgear; nevertheless, people had sought it out.

"It is breathable, it is comfortable… she was wearing the helmet when she had a seizure and it protected her head," one parent, whose daughter has Tegu headgear, wrote.

Another individual, who has seizures themselves, wrote: "The helmet has been a lifesaver, literally. I have fallen several times, running my head into doors/walls. The helmet has stopped me from (taking) further injuries to (my) head."

Should You Get Tegu?

Like I said, I got it and I loved it. Here are some final points for you to consider:

Note: Tegu is more than worth its price. The only reason I mark that as a con is because that factor would keep me from recommending it to everyone.

For example, say you enrolled your child in a summer martial arts program that only runs for two or three months. You're not sure if they're going to continue to train afterwards. I realize that $100 can be a significant investment, and in this case, Tegu probably isn't necessary. However, if that same child continued to train, and advanced into sparring, then I would say, "Definitely get Tegu!" 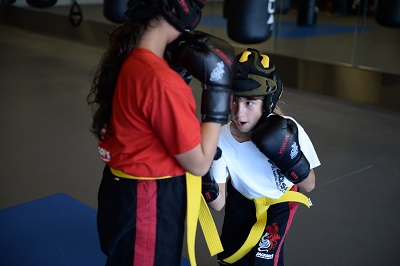 If you're an adult buying your own headgear, I'd recommend investing in Tegu right away.

From Your Site Articles
Related Articles Around the Web
Follow Unfollow Following
Introducing Martial Arts School Listings on Black Belt Mag!
Sign Up Now To Be One Of The First School Listed In Our Database.
Sign Up →
SUBSCRIBE TO BLACKBELT MAGAZINE TODAY!
Don't miss a single issue of the worlds largest magazine of martial arts.

In Part I, I covered the following films from 1970-1976 in order of the years the films came out: Brothers Five; The Avenger; Fist of Fury; Black Tavern; Chinese Iron Man; Defensive Power of Aikido; Fists of Vengeance; The Gallant;Pacific Connection; and The Tongfather. The last 10 films are presented in a similar fashion.
Keep Reading Show less
Follow Unfollow Following

The Power of the Martial Spirit = Master Yourself so You Can Be of Service to the World.
For millions of Americans, hungry kids are their reality. Not enough money to buy groceries. Not enough food to last until the next paycheck.

Black Belt Magazine, The Bruce Lee Foundation, and Sifu Harinder Singh are calling all Martial Artists and School Owners to come together to Kick Off the New Year and unite to Kick Hunger Away. Let’s make #10000KICKS go viral.

Do You Want to Be a Superhero?

Grappling News: 2022 is the Year of ADCC

“And, Action!” But, it Shouldn’t Be a Real Shooting on a Film Set

The Key To Motivating Lifetime Students

Finally! Leon Edwards Gets A Second Chance At The Nigerian Nightmare

Andrew Bryan
muay thai
www.muaythaicitizen.com
Few countries can claim to be truly ‘great’ at Muay Thai. France historically has been the best country outside of Thailand when it comes to Muay Thai – but this is probably due to fighters like Rafi Bohic who live and train on a camp in Thailand – the same way that boxers from Thailand do, as opposed to an inherently superior training system.
Keep Reading Show less
Follow Unfollow Following
x