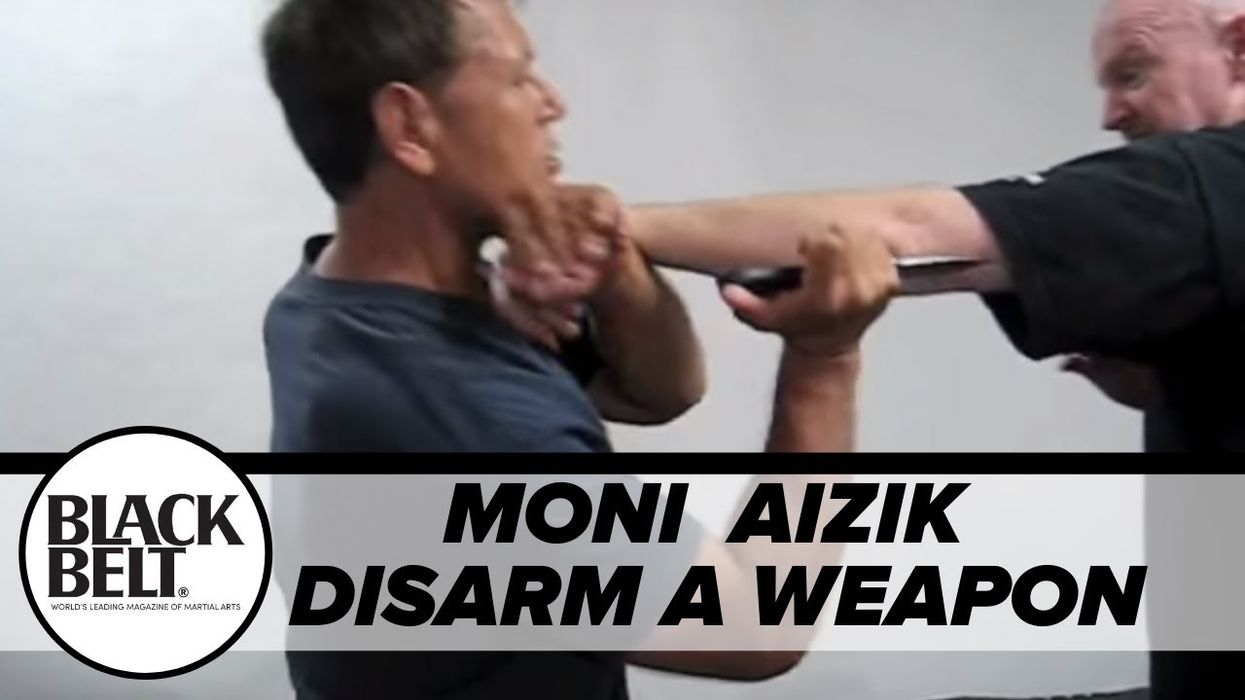 Moni Aizik began training in judo, boxing and jujutsu at age 8, and won national titles in judo seven times. As an adult, he helped train the Israeli Army, improving their hand-to-hand combat systems.

In the 1980s, Aizik moved from his home country, Israel, to Canada, where he began teaching Krav Maga. In 2004, he released Commando Krav Maga. This program is designed to allow civilians of all walks of life to defend themselves from threats.

One technique you'll learn from CKM is "The Wiz" knife disarm. This technique used a simple movement to strip a knife away from an assailant who is trying to stab you.

Watch the full video demonstration below: