Who Is the Best Karate Practitioner in the World? 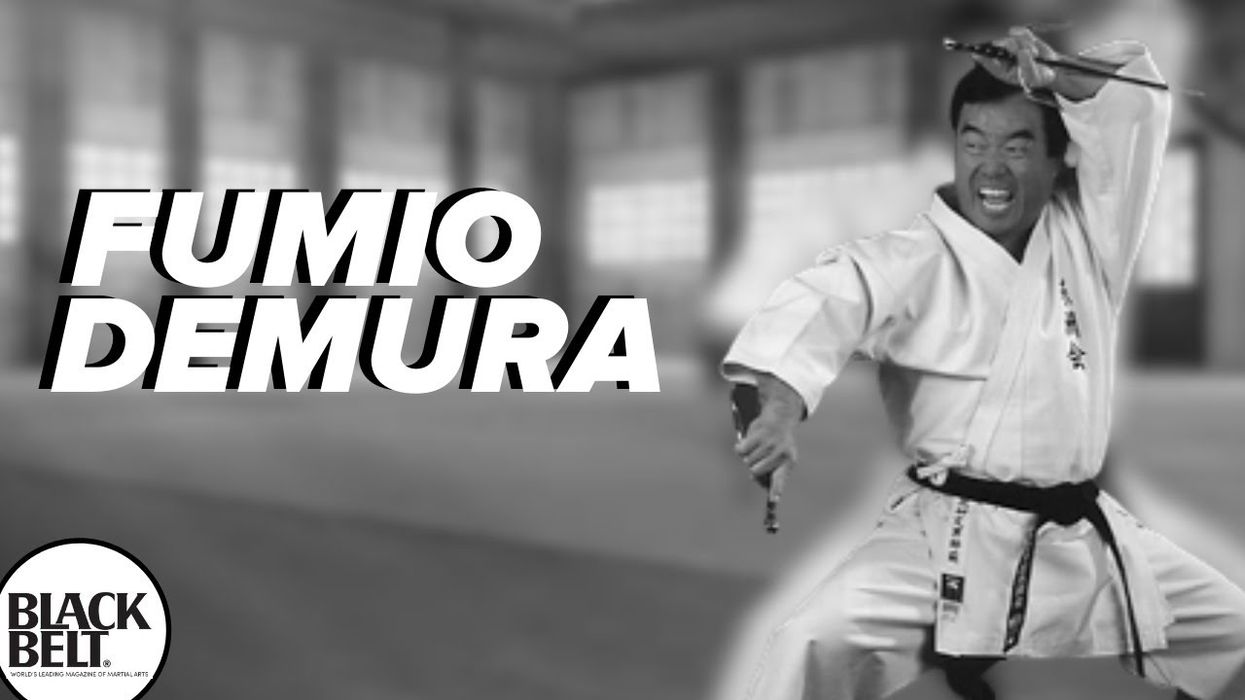 The search for an answer to this seemingly innocent question can lead you to a deeper understanding of your place in the martial arts!

The caller's question was simple: “Who is the best karate practitioner in the world today?" The woman on the other end of the phone line said she was a writer working on a piece for a general-interest magazine about the best practitioners in several sports and physical activities. “What makes you think it isn't me?" I asked. There was silence on the line, so I tried another tack. “Let me ask you this," I said. “Who's the best musician in the world today?" “Well, that's really impossible to answer," she said. “There are so many kinds of music." Exactly. There's a natural inclination to want to know who the best is. In some aspects of life, we can make fairly accurate assessments. The best miler in the world has a track record as proof. In other areas, however, a qualifier like “best" is impossible. Such arbitrary assignations often cloud the issue rather than clarify it.

In the karate world, we understand that dozens of schools and systems result from political or personal schisms. Differences over what should be stressed in training can also lead to further splintering of a discipline. There are forms of karate that vary so dramatically in their training, in their emphasis and in their applications that attempting to find a “best" among them would be futile. Where would you start with no more than the most rudimentary common ground?

Nonpractitioners often view the art in a monolithic light. If it features kicking and has black belts, it's “karate." The same can be said of ikebana, or Japanese flower arranging. For the majority of us, if we were presented with six different arrangements, they'd all look alike. Similarly, it takes a practiced eye to distinguish goju-ryu from shito-ryu. However slight the differences may be, we know they're very real. We also know that trying to find the best leads to further misunderstanding about the true nature of karate.

Once in a trivia game, I came across a similarly themed question: What is the highest degree of black belt awarded in karate? There really isn't an answer. You can start your own karate organization and give yourself whatever degree you wish, but you'll lack the credibility of established groups in Japan and elsewhere. So what?

A karate organization's authenticity is entirely subject to the whims of the prospective student in this regard. Karate has been in the United States long enough and produced enough senior practitioners to no longer need a connection with Japan to establish bona fides. If someone less qualified tries to boost his reputation by declaring himself a 15th-degree black belt, there's no big karate organization that can say he's wrong or in violation of some law. And that brings me to my final point.

I recently saw a Western-produced documentary about a karate sensei in Japan. He was described by the narrator as a “master of masters," and later on there was a note that he'd been recognized as such by the Japanese government.

The Japanese government cares little about the best karate teacher in Japan. Whenever its sanction is invoked in relation to karate, the reference is to what was once known as the Monbusho, or Ministry of Education, Sports and Culture. In 2001 the Monbusho was combined with the Department of Science and Technology to form the Monkasho. It oversees nearly all areas of education in Japan — choosing textbooks, setting curricula and so on.

In 1957 the Japan Karate Association applied to be an educational corporation under Japanese law and be recognized as such by the Monbusho. In a technical sense, then, the JKA can be thought of as being sanctioned by the ministry and that, by extension, means the Japanese government. However, it's easy to make too much of this.

Imagine that your karate group is renting space at the Riverport City Community Center. Because the center is owned by the city, you technically could say you're an “officially recognized" form of karate. The JKA was able to convince the Monbusho that its curriculum, training and goals were sufficiently coherent and meaningful to be regarded as an educational system. This is admirable to be sure. However, it says nothing about the dozens of other karate systems in Japan that simply never applied and never saw any particular advantage in such ministerial recognition.

In a way, they're similar to Major League Baseball. Groups participate because membership allows for tournaments between the various systems. Consider all the baseball played in this country that has absolutely no connection with MLB. It's the same with karate. In Japan, there are hundreds and hundreds of small dojo that are completely independent. They don't know who the leaders of WUKO or FAJKO are, and they don't care. If you're the president of WUKO and visit one of those dojo, they would treat you politely, but you'd have no special status there. FAJKO may declare one of its members a “master," but that matters little to the karate teacher who manages a dozen students in a garage-size dojo on the first floor of his home.

It's appealing to be able to point to one person and say, “He's the best," as we would for Olympic champions or marksmen or many other kinds of athletes. Think of it another way, though: We don't really know who's the best, which makes karate even more fascinating.

Fumio Demura's Karate Weapons of Self-Defense: The Complete Edition, a best-seller at 765 pages! Order it here on Amazon.

Maybe when you began training, your idea of the best karate teacher was the guy who could smash the biggest pile of boards. As you progress, you begin to see other attributes that appear more significant and worthwhile.

What you think of as the best in karate says as much about you as it does the art and the person who teaches you.

It isn't a definitive answer, but it's an intriguing one.

Dave Lowry has trained extensively in the Japanese and Okinawan martial arts. He started writing the Karate Way column in Black Belt magazine in 1986.

Portugal's Jorge Fonseca showed an explosive brand of judo in claiming his second straight 100 kg gold medal at the World Judo Championships, Friday. Fonseca scored a half point on a throw in the finals against Serbia's Aleksandar Kukolj, then came back to score a full ippon a minute later with an inside trip. Kukolj entered the day needing to make it all the way to the finals to qualify for the Olympics. Though he had to settle for the silver medal here, he at least punched his ticket to the upcoming Tokyo Games.

In the women's half of the tournament, Germany's Anna-Maria Wagner needed to go to overtime to defeat defending champion Madeleine Malonga of France for the 78 kg title, scoring with an inside leg reap to claim the championship.

History of the Nunchaku

Gamification of the Martial Arts