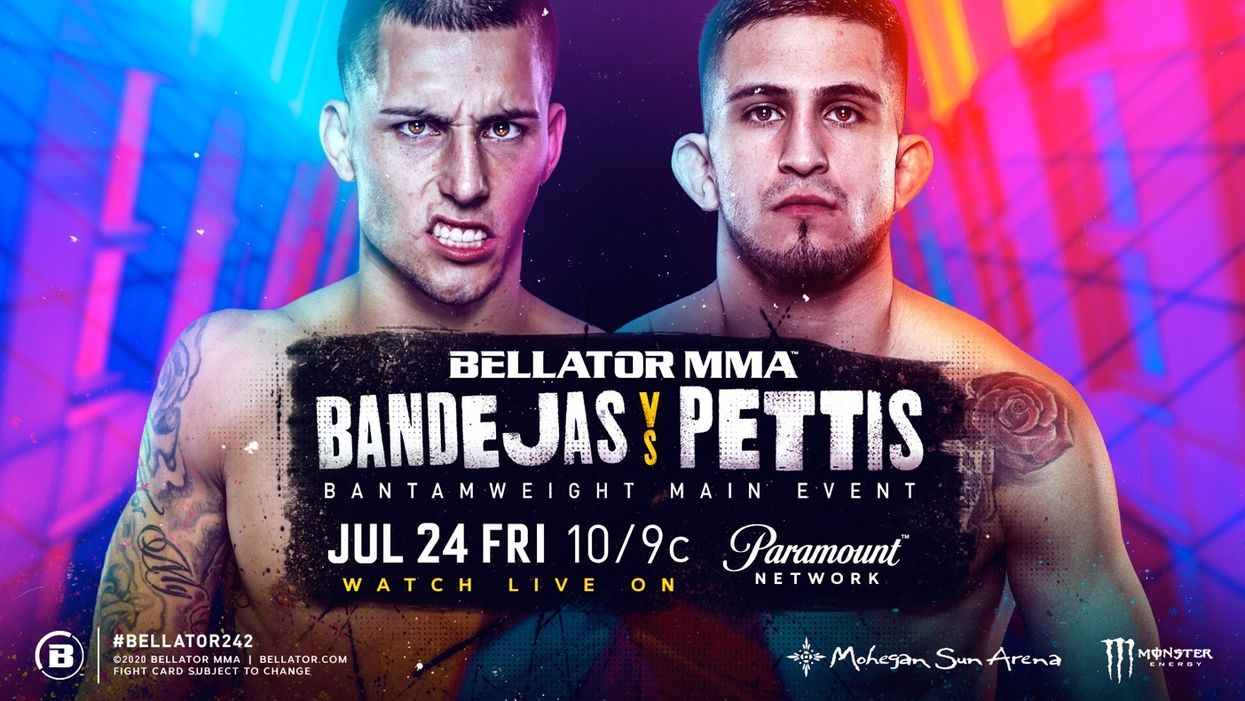 Bellator 242 will officially be the promotions return to the spotlight on July 24th since canceling its remaining events due to COVID earlier this year. The main event for the card will feature Ricky Bandejas vs. Sergio Pettis.

As promoters and fans alike begin to settle in to the new normal, Bellator MMA has announced it will resume fights beginning with Bellator 242 July 24th. With UFC, One Championship, Invicta FC, and many other small promotions having already returned fans have been anxiously awaiting Bellators next move.

Much like its UFC counterpart, Bellator has been forced to pursue and fight environment that will meet the standards of safety expected given the continued pandemic. They have established that the next four fights will be held at the Mohegan Sun in Uncasville, Connecticut with limited attendance by fans and staff.