The Craziest Fight in ONE Championship History? 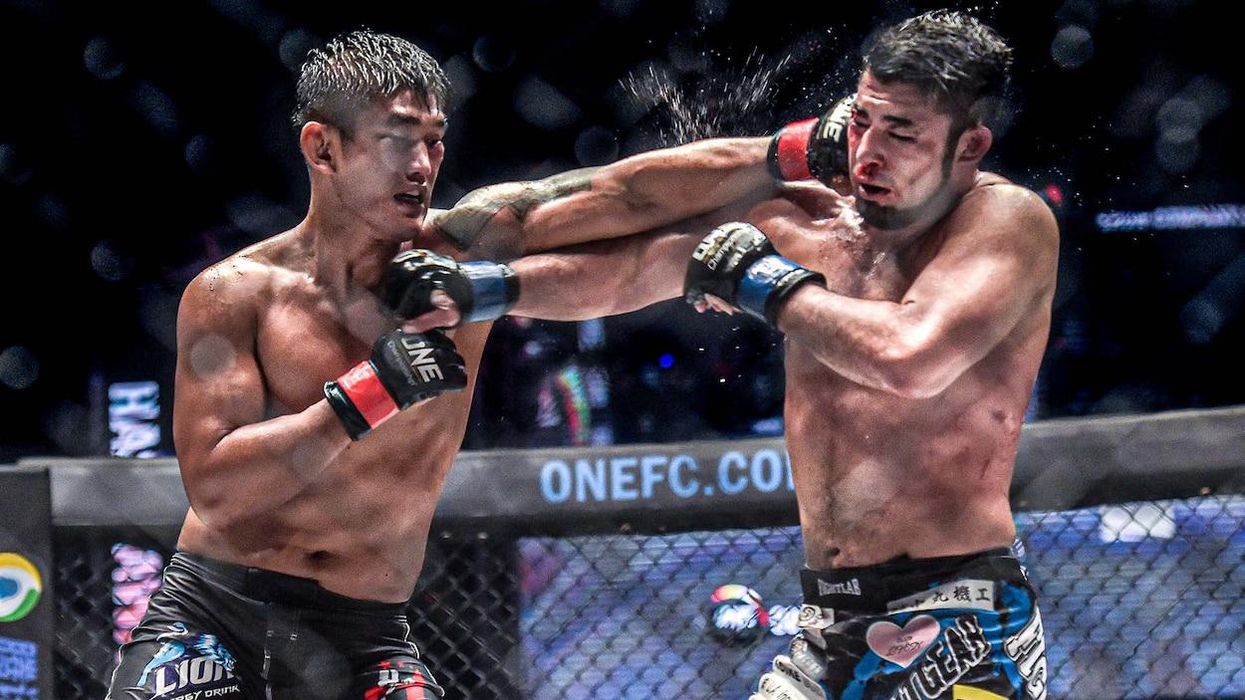 Those who step onto the global stage to put it all on the line are some of the most extraordinary athletes in the world.

It is no more evident than when there is a wild back-and-forth battle, and when the chips are down, the two warriors leave everything on the mat for the fans.

There may not be a better example than the classic ONE Championship war between Aung La "The Burmese Python" N Sang and Ken Hasegawa.

The ONE Middleweight World Championship was on the line at ONE: Spirit of a Warrior. Champion Aung La N Sang was putting his gold up for grabs against the Japanese slugger for the first time.

Hasegawa was in Aung La N Sang's face from the opening bell and looked to set a pace to break the Myanmar superstar. However, "The Burmese Python" displayed the heart that made him a global superstar by battling back as the bout went into the third and fourth rounds.

As Hasegawa began to tire after an absolute thrilling spectacle that awed fans around the globe, the reigning champion finally neared a finish in the final round.

Exhausted but spurned on by the raucous crowd, Aung La N Sang found a home for his hands until Hasegawa could no longer take the punishment. As the Japanese martial artist wobbled around the ONE Circle, Aung L N Sang finally was able to connect with a showstopping right uppercut that planted his most formidable challenge to date face down on the canvas.

Journey back to the classic contest by viewing ONE's highlights of the battle right here and check out one of the wildest and entertaining matches in the sport's history.

CRAZIEST FIGHT IN ONE HISTORY?! Aung La vs. Hasegawa Had Fans Like 😱