By now, you've probably heard all about 52 Blocks — especially because we featured the martial art and its most visible proponent Professor Mo, aka Mahaliel Bethea, on the cover of our magazine last year. Just in case you haven't, know that 52 Blocks is a self-defense system that was spread in American prisons but that actually originated in Africa, according to Professor Mo. That's the reason we titled our June/July 2019 cover story with him "Art of Africa, Not Art of Incarceration."

Some years ago, one of our experts, an experienced SWAT officer, asked for a drill to control and reduce stress (specifically, the kind that that arises on a dangerous mission like a hostage rescue or raid on a terrorist safehouse). He received a simple drill on rhythmic breathing and visualization. Its essence was to inhale, stop, and exhale in four-second increments for each segment, while paying special attention to the moment when the air flow changes direction. This drill should be done during the preparation period before the stress-inducing action begins, and also on a daily basis.

The next time we met, the officer told me, "This drill changed my life." It enabled him to control his mind and the stress during missions, be more focused, and function much better.

Imagine, after over 15 years in the unit, a simple breathing exercise changed his life.

As women, we are fierce creatures by nature. While women tend to be more stereotypically associated with being nurturers, we are all born with the ability to flip a switch and transform from caring, gentle and benevolent beings into terrifying forces to be reckoned with in order to protect ourselves and our family.

In the wild, the most dangerous thing you can stumble upon is a mother protecting her young. The lioness can be more terrifying even than the larger male lion. This is because her ferocity is driven by her protective instincts and love for her cubs, whereas male lions usually fight for dominance or territory (in human terms, they're fighting for ego). The force driving the "why" behind the fighting spirit is more powerful than the physical attributes.

If your mind is the captain, your body is the airplane. Educating the pilot and training them to fly during emergencies and make the correct decisions under stress is the most important job that any airline or Air Force flight school can do. As with driving, most airplane crashes and accidents that occur are due to human (pilot) error rather than mechanical failure.

It's easy to be happy when you are healthy and successful. But how do you respond in times of trouble? How do you deal with disappointment, failure and defeats?

Though we (the writers) originally came from the world of martial arts, training of military units/special forces and dealing with violence and combat, we also have academic backgrounds and like you, we live in a world where not every confrontation is violent or physical.

The Ex-Fighters of Weifang, Part 3

Zhengtong’s girlfriend and baby came to the sports school to watch us train. I made several jokes about his 2-year-old being almost ready to start grappling. The first few times, Zhengtong laughed, but later he said with uncharacteristic seriousness, “I think it’s good if my son wants to wrestle as a hobby, but I don’t want him to be a full-time wrestler like I was because when it’s over, he won’t be able to do anything.” 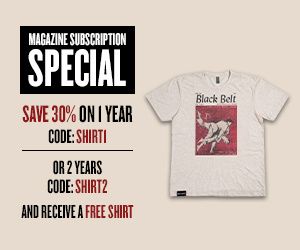 Use your students to work on your weaknesses