Are You Ready to be the One Percent? - Personal Blog 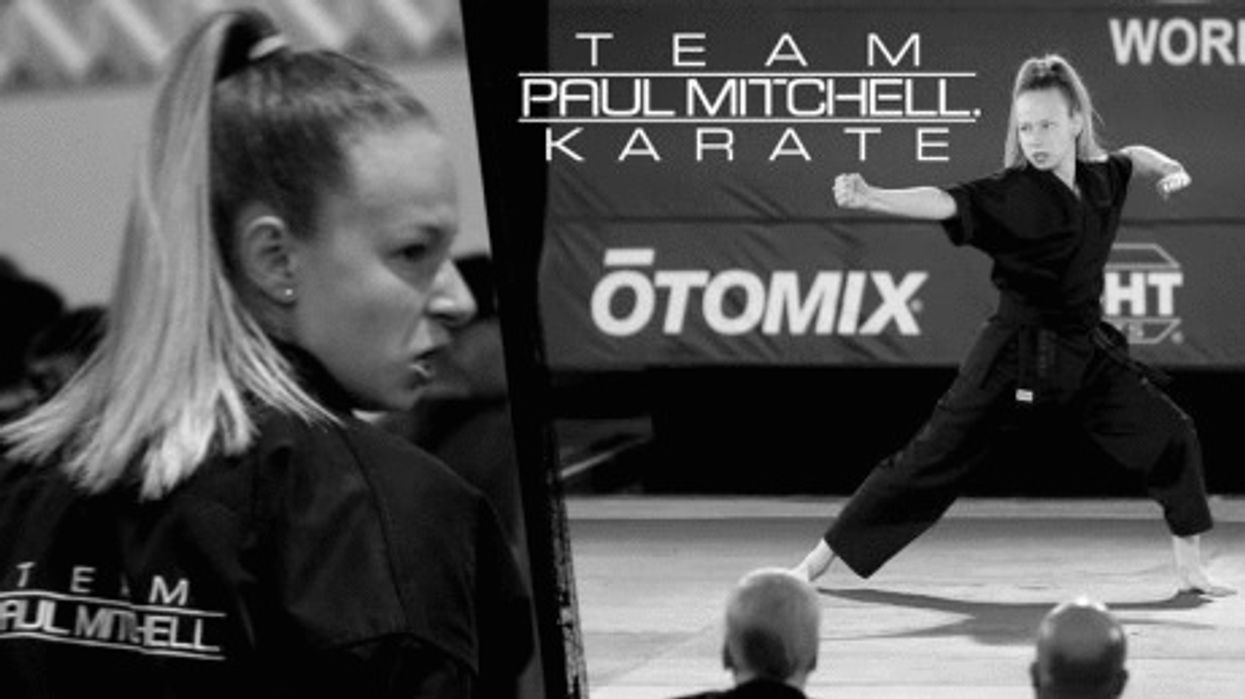 Sammy Smith is a world champion in sport karate and a member of Team Paul Mitchell. This is her perspective on what it takes to be in the top one-percent of sport karate competitors.

In order to earn your spot in the "one-percent club", you have to be willing to sacrifice more than you're comfortable with. Sacrifice is an all too familiar word in my life. As a multi-time martial arts world champion, college graduate, coach, and student, I knew if I wanted to be at the top I had to think, and act, differently than most.

From the age of seven, when I first started competing on the NASKA (North American Sport Karate Association) circuit, and training under Matt Emig and Daniel Sterling, I became obsessed with earning my own spot on the most prestigious team in the sport. A team consisting of the "one percenters" in sport karate, Team Paul Mitchell.

While all my peers throughout my school life were going to parties, hanging out with each other, or participating in other activities, I was always training. I put training on a pedestal and always prioritized getting better at my craft, often at the expense of everything else. I knew that this was just not an activity to pass time, and that it was something that made me feel alive more than anything else in the world. The tears and sweat that rolled down from my eyes onto the karate mats became my closest friends. My training sessions became my uninvited parties, and my life, isolated; by choice.

It would take eleven years of consistent training, numerous competitions, and brutal injuries which caused self-doubt, to finally triumph and accomplish my childhood goal. In June of 2015, I was asked to join the legacy and for the first time I felt like "I made it." Becoming part of the team made me realize all the time that I thought I was alone, I really wasn't. The team is a collection of the one-percenters, and even though we're all from different parts of the world, we have the same mindset- to be untouchable.

You don't have to be part of a world-renowned team to be classified as a "one percenter." The one percenter attitude is what drove me to go after my goal to which I then attained. It was through all the work I put into training that had conditioned me to have tunnel vision- to grind and have the "by any means necessary" mentality for something I wanted so badly. Your mental strength will be tested in a way no amount of training could prepare you for; the one percenters are willing to go through dark times for they know the light they will see at some point whether it be weeks, months, or years will be well worth it. If you really want this life, you have to detach yourself from normality and go forth with the determination of a champion every hour, every day, and take that with you through life.