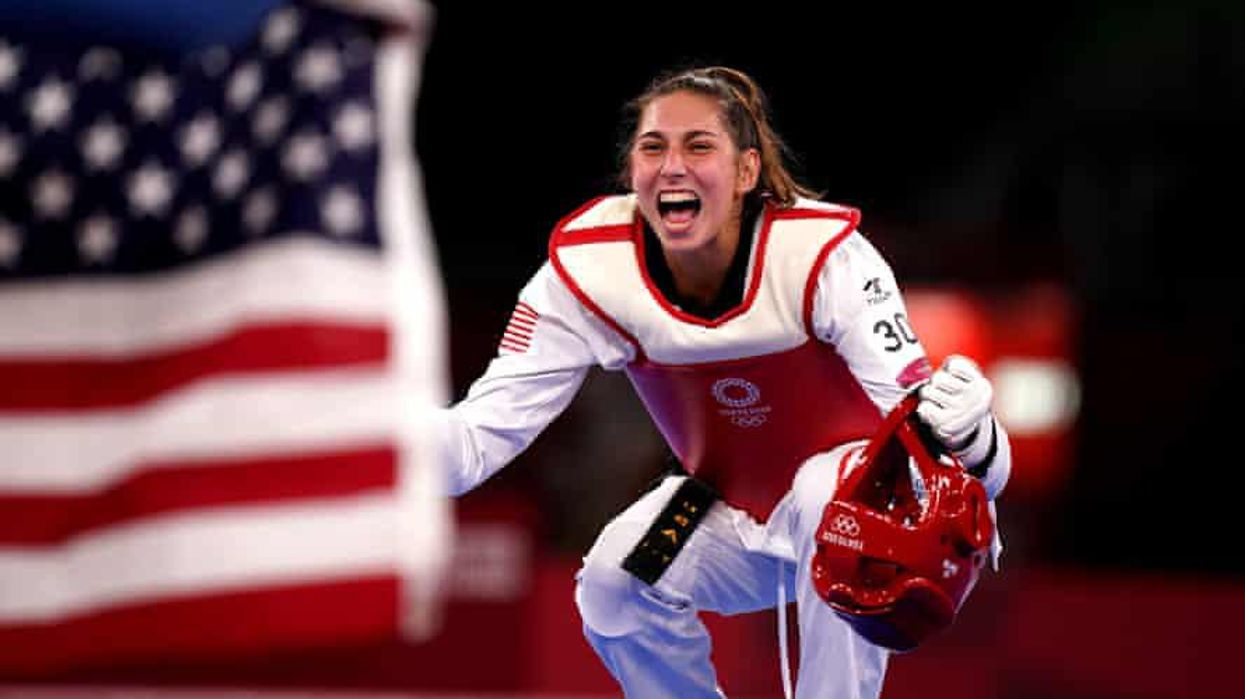 i.guim.co.uk
What do you do after you win an Olympic gold medal? Take a year off? Sit by a pool and enjoy the sunshine? Not if you are Anastasija Zolotic. After a few days off, the Olympic gold medalist, and the first woman from Team USA ever to attain the gold in Taekwondo, was back to her familiar routine of training and going to college. While most 18-year-olds are doing one or the other, Zolotic is doing both.

No one becomes a champion by accident, and consistency is key. When I spoke to Zolotic by phone, she described the day and her post-Olympic routine. "I woke up at 6:30 am. I went to training at 7:30 and trained until 9:00 am. Got home. Sat down. Opened my computer, started some homework, and I have another session from 1:00 to 3:00 pm, and then I'll get back to my homework. And that's a typical day for me."

Taekwondo is a year-round sport that has a grueling schedule with only a few short rests during the holidays. While 2020 may have seemed like a great opportunity to relax and take some time off, while the world was in lockdown, Zolotic kept at it. "Prior to the Olympics, I did not have a break. I trained all the way through Covid as well. I took care of a surgery through Covid. I'm kind of on this whole grind. I just train, eat, sleep, and school."

The Lessons from Loss

Zolotic has been studying Taekwondo since she was five years old. Although her name is now known far and wide, because of her incredible achievement in Tokyo, her career has had challenges.

After a string of career wins, Zolotic's loss at the Youth Olympic Games (2018) was hard for her to accept. Although she won the silver, Zolotic was not comfortable with second place."I think the one loss that I did take, that kind of took a toll on me, and it was really hard for me to bounce back from, and understand that its OK to lose, because I was on the top for so long, was when I lost at the Youth Olympics by a point, at like the last second. I ended up winning silver there." There was a certain irony to the loss and her recent Olympic victory. "It's super funny because my final was with Russia and that's what my final was at this Olympic games."

Is there a secret to Zolotic's success? Her powerful kicks? Her laser-like focus? "I think my attitude is the biggest thing, just keeping a good attitude. I still get very upset when I lose, even though I'm trying to understand that it's OK and it happens. I think the attitude is what wins my matches and loses my matches."

In training that encompasses technique, strategy, and all of the elements of competition, the most important ingredient may be Zolotic's winning mindset."Keeping that right mindset and that attitude while you're fighting, and before your matches, are super important in Taekwondo."

Winning a gold medal is usually the apex of achievement for any athlete, but for Zolotic it may be just the beginning. What will she do next after winning the gold in Tokyo? "I definitely want to go to Paris and 2028 (Los Angeles) and kind of make history along those lines too, because there's never been a female athlete in the US in Taekwondo, to win two gold medals, let alone three. So, I'm definitely going to try and do that."

Where do Olympic dreams come from? "I promised my dad I'd make it to the Olympics, and here we are. And there's nothing I'd rather be doing."