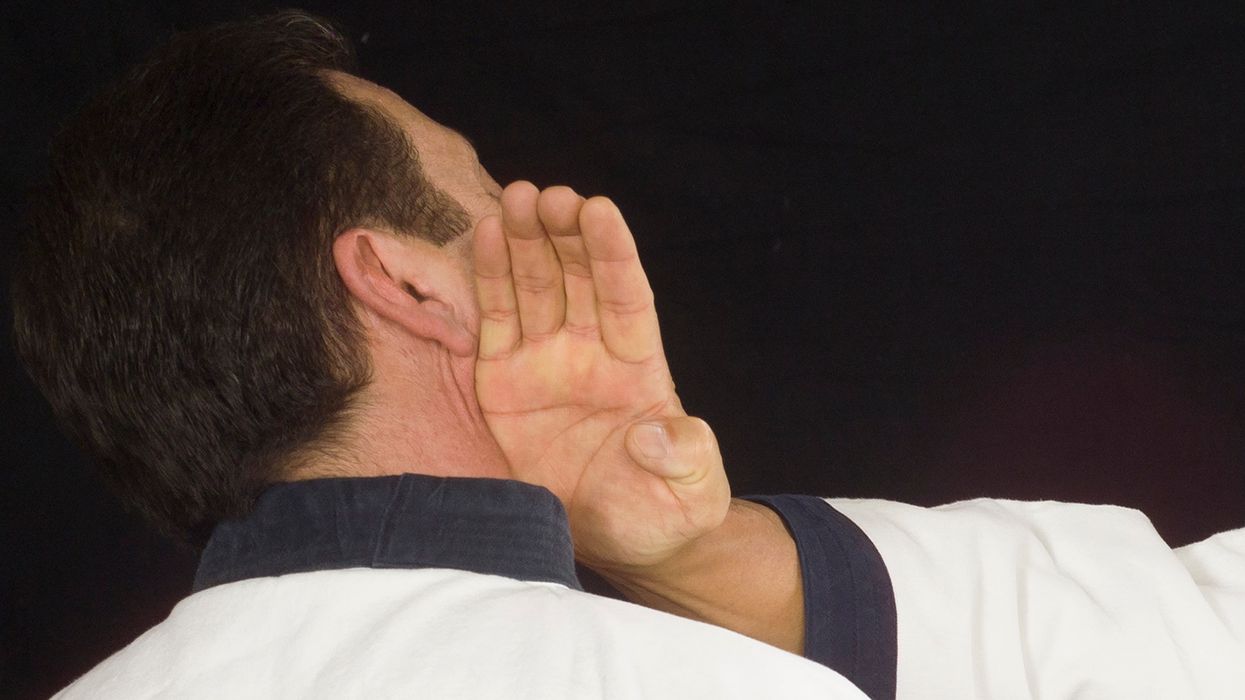 What if you walked into a clothing store to buy a jacket and they offered only one size — say, a 42 regular? Or, from a woman's perspective, what if everything on the rack was a size 7? Of course, if one of these was your size, there would be no problem. But if not, how long would it take you to shake your head and walk out?

If you think about it, martial arts basics are not much different from clothing. In a typical school, the basics are the lifeblood of the workout, and after a suitable warm-up period, most traditional stylists practice blocks, kicks and punches every day.

Even eclectic, freestyle martial artists practice their own version of the basics. Formal stances and linear patterns may give way to relaxed footwork and equipment drills, but the concept of reinforcing a core of usable techniques remains the same.

Yet a casual visitor to a dojo who watches as a class practices reverse punches, front kicks and rising blocks in lockstep fashion might surmise that he was viewing a synchronized performance like that of the Rockettes. The goal is to get every member of the class to execute the same technique on the same beat. And while such coordinated movement may be necessary to avoid chaos, the basics often become a one-size-fits-all proposition — despite people's natural differences.

No one is disputing the value of the basics, for constant practice of them can improve balance, focus and coordination. Indeed, they are the essential building blocks of one's martial art. That said, perhaps it's time to examine how a practitioner can tailor a system's basics to meet his or her own needs and abilities.

One need not abandon the mainstays. However, after practicing the basic blocks, kicks and punches with the class, a practitioner may elect to augment his training with variations that are more applicable to his own circumstances.

Perhaps the most significant variable in martial arts and self-defense training (the two are not always synonymous) is the difference between men and women. Men generally possess greater upper-body strength. Consequently, for women who attempt many of the classical punching techniques such as the reverse punch and lunge punch, a lot of potency is lost.

Moreover, making and maintaining a proper fist is less instinctive for women. Make no mistake: Plenty of men mangle their fist or sprain their wrist when they actually connect with something as hard as an opponent's head. Even professional boxers, men who make their living hitting human beings with their fists, are not immune and have damaged their hands. (Remember when Mike Tyson broke his hand in an out-of-the-ring confrontation with another fighter?)

Taking this into account, female practitioners can use some of their free time to perfect the palm-heel strike rather than the typical forefist punch. Such practice is not designed to replace the basics done in class, but rather to supplement them. If a person wishes, the same mechanics (i.e., waist rotation, body alignment, etc.) needed for the reverse punch can be seamlessly converted for use with the palm-heel strike.

One adjustment shorter practitioners might make is in the height of the blow. Since the palm heel targets the face almost exclusively, the thrust should be delivered at head-height rather than chest-height — which is the norm for the reverse punch.

Likewise, a lunge punch or lead-hand jab can be replaced by a finger jab to the eyes or throat. Although some strengthening of the fingers is useful for nukite (finger jab) techniques, the soft targets it will be used against make speed and proper form more important. In fact, while a woman's longer nails can hinder the formation of a proper fist, they can make a finger thrust to the face all the more devastating.

These are examples of two simple modifications that can be made to traditional basics. By utilizing the same footwork and explosive execution as one would with a straight punch, such modifications can provide females with more practical self-defense options.

Other constraints for many martial artists include age and the cumulative damage of prior injuries. Schools that focus on competition often emphasize athletically demanding techniques as a part of their basics. There is nothing inherently wrong with ax kicks or wheel kicks, yet they may be too much to demand from individuals who no longer possess the limber legs of their salad days.

Practitioners who may not be quite as agile as they once were can modify these techniques so they do not require such extremes of flexibility and coordination. Instead of straining to reach an opponent's head with a high kick, they can lower their sights and, in so doing, reduce their chance of pulling a muscle.

For example, as a self-defense maneuver, an ax kick can be applied as a secondary technique, launched after an opponent is doubled over from a preliminary strike. Since the foe's upper torso is now bent over, even a waist-high ax kick is effective when driven downward onto the back of his head. Other kicks can be similarly modified.

As a matter of fact, physical limitations can be a blessing in disguise. Since a person no longer reinforces the habit of throwing head-height kicks, he is no longer tempted to try something that may be beyond his capabilities.

There is an axiom in the martial arts: You fight the way you train. Accordingly, if a person constantly practices high kicks, his balance, coordination and overall comfort level will be geared to that reality — actually a false reality developed within the sanitized conditions of the dojo.

Conditioned responses can have negative consequences as well as positive ones. Think about it: Many of the techniques done in class either do not make an issue of accuracy or, even worse, encourage practitioners to consciously avoid certain critical target areas. Kicks and punches launched at ill-defined targets do little to reinforce the ability to strike an opponent's vital points.

However, by visualizing specific targets, a practitioner strengthens the all-important mind/body link to reflexively target an assailant's throat, temple, eyes, groin or knees. Technique selection also becomes a factor in that certain open-hand strikes and low sweeping kicks naturally lend themselves to attacking the angles and folds of the human body.

Of course, the basics are not the only facet of training where bad habits can creep into one's self-defense repertoire. Tournament-specific practice — especially point-oriented sparring — can easily instill bad habits. Tactics such as falling to the ground to avoid being scored on, turning one's back toward an opponent, and dramatically retracting a technique and posing after a supposed point become second nature if done often and with emotional commitment.

A practitioner, therefore, is well-served by analyzing his sparring habits as critically as other aspects of his performance.

About the author: Andrew Breen is a freelance writer, photographer and taekwondo instructor based in Somerville, Massachusetts. He has more than 20 years of martial arts experience.