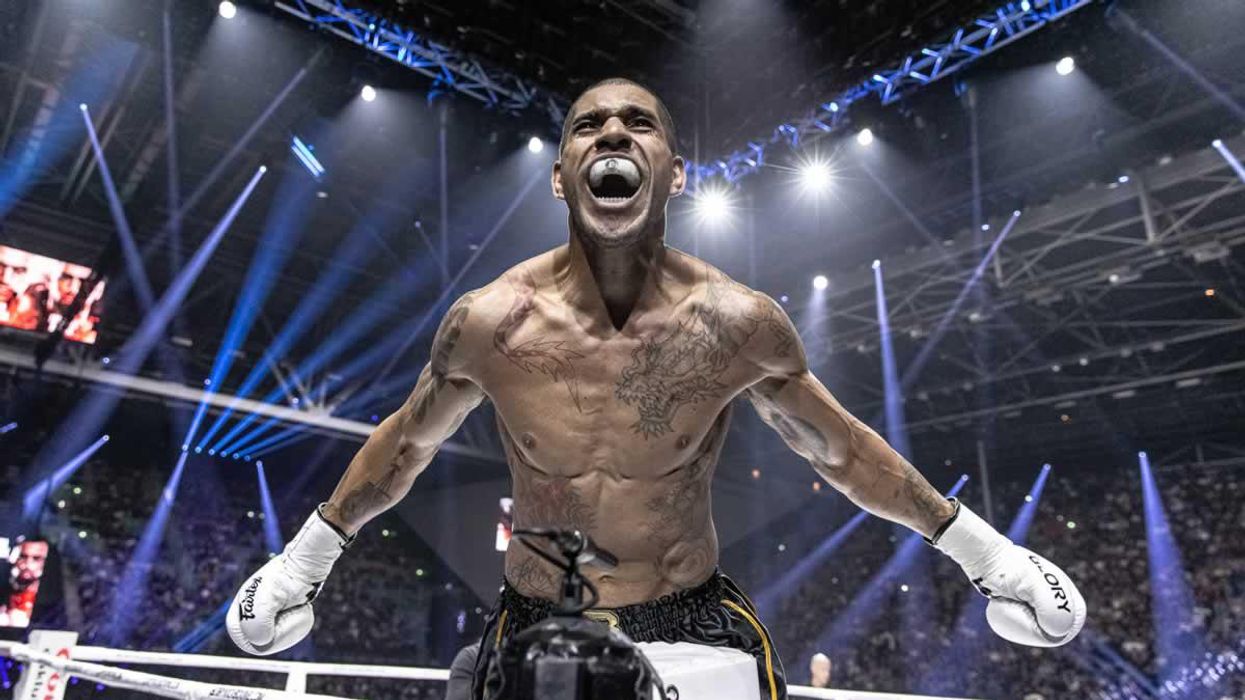 Glory 77 also featured heavyweight champion Rico Verhoeven defeating Hesdy Gerges and then Tarik Khbabez to win a four-man heavyweight tournament. In the show's most wild moment, welterweight title challenger Murthel Groenhart attempted a flying knee against champion Cedric Doumbe but launched himself over the top rope and out of the ring when Doumbe sidestepped. Though Groenhart climbed back in the ring, he seemed as if he might have hurt his back and moments later took a huge overhand right to the head that knocked him out.