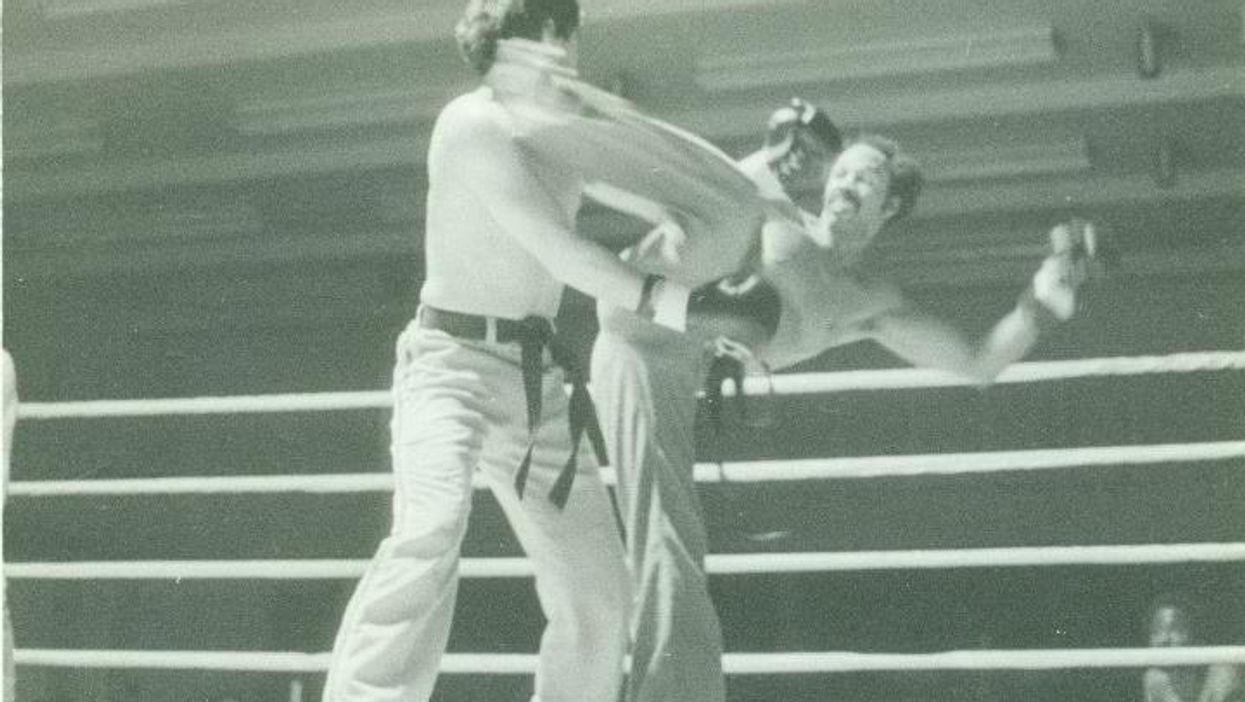 Texas tournament legend Al Francis ranks among the top 10 fighters from the Lone Star State's golden era of karate. A man of principles and character, Francis has put in decades as a recreation specialist in San Antonio, proving the social value of karate training for at-risk youth. His local educational TV program, which showcased the varieties of martial arts available in the city, ran for a decade. Today, he remains one of the best spokesmen for the power and discipline that the martial arts can bring to children.

MASuccess: Where did you grow up and what did your dad do?

Al Francis: I grew up in San Antonio, Texas. Dad was the master chef at the Galveston Hills Restaurant, but I took off in a totally different direction. In high school, I wanted to be an artist.

I was about 130 pounds and couldn't play every sport there was. I got jumped when I was younger. My mother taught me how to block. (laughs) I knew I needed to learn how to fight, but I also received a fine-arts scholarship to study lithography and silk screens at Xavier University of Louisiana.

On campus were two karate classes. I started with shotokan, but their kicks were not as awesome as those in taekwondo. Once I realized how good I was at martial arts, I kept working out more and more. I put in two hours at the gym, ate dinner and put in another two hours. I was religious — living, eating and breathing karate.

After college, I meant to get an art job, but in 1971, I won my black-belt division at a tournament. That was my turning point. I started a 31-year career as a recreation specialist, teaching at-risk kids karate to get them off the streets.

MAS: One of the proudest chapters in the history of American martial arts occurred in the 20th century when the community activism of black instructors nationwide helped straighten out the lives of countless children, many of whom — like Pro Football Hall of Famer Andre Tippett — went on to greatness. Did you ever see race playing a role in your martial arts career?

Francis: I won't say "racism," but being black and fighting in the '70s, it was a little harder for me to win because the judges had their favorites.

In 1978 and 1980, I was twice the grand champion at the Texas Karate Olympics in Houston, [which was] among the largest tournaments in the U.S. at that time. In 1980 I beat five of the toughest fighters in Texas to win the Oleander Karate Classic. Guys told me I was good, and I said, "You all are the ones who made me good!" Fighting guys like Demetrius Havanas, Fernando Robles, James Stevenson, Billy Jackson and Ray McCallum made me who I was.

Ray McCallum and I fought like cats and dogs, but we were great friends. That's the thing about Texas fighters. We get out and show the other person we're good. With Ray, I had to take it to him and fight him personally — or else I'd offend him. I beat him in Dallas. Karate Illustrated magazine called me "the most underrated fighter in the United States."

MAS: What does the future hold for you?

Francis: A municipal judge started my program. As a boy, his dad put him in karate, so he understands. I can see more programs coming out of this, not just here in San Antonio but in other parts of the country, too. If you can save one child, then you've done your work. This is the most important thing because they will be making decisions for us when we're older, and we want them to make good decisions.