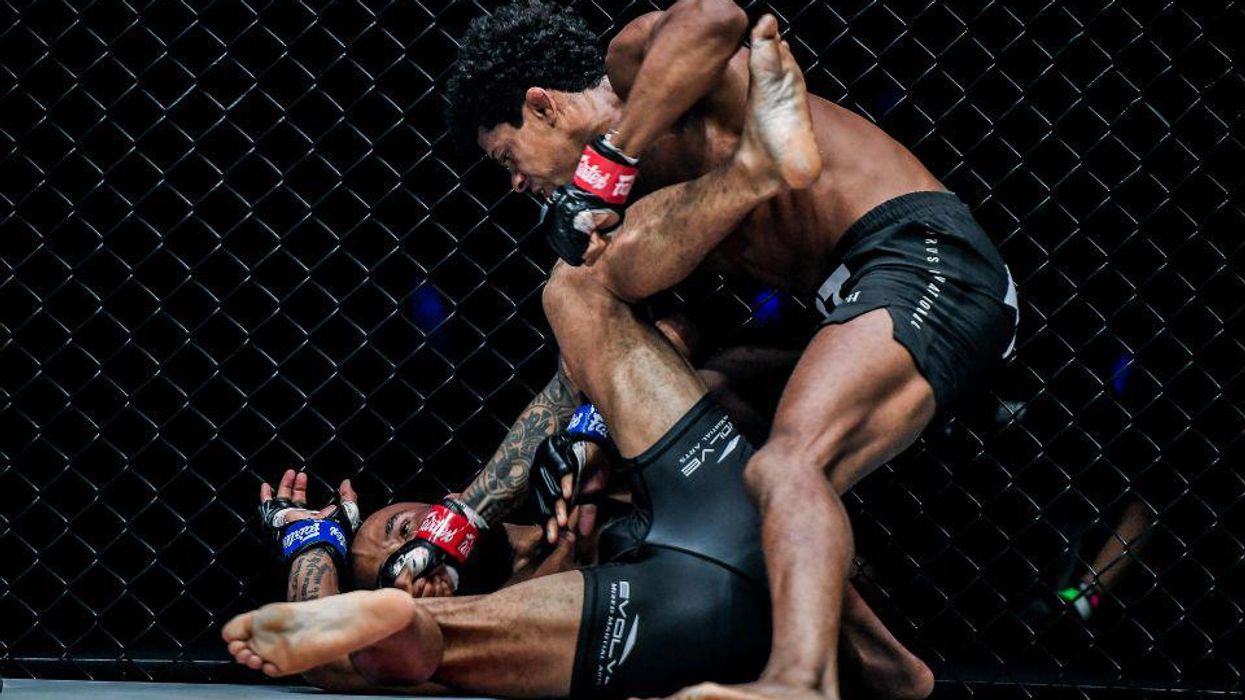 For the first time in a 14 year career, Johnson was finished. The jaw-dropping knockout came in the second round as Moraes successfully defended the ONE Flyweight World Championship.

The Brazilian clipped Johnson with a right uppercut that staggered "Mighty Mouse" and put him on the mat. As Moraes followed up, "Mikinho" delivered a short knee to the face that put an end to Johnson's title bid. Moraes' stunning finish of the all-time great made him the top flyweight on the planet.

Following the title tilt, Rodtang "The Iron Man" Jitmuangnon put on a show as he welcomed Daniel "Mini T" Williams to ONE. The Aussie proved to be a game opponent and gave Rodtang a run for his money, but in the end it was a clear-cut decision for the Thai star. The exciting matchup was a great showcase for ONE Super Series, Rodtang, and Williams as well.

The opening bout did not go as expected. The potential best match of the night ended early after illegal blows to the back of the head from Alvarez were called by the referee. Alvarez was shown a red card and Lapicus was given the victory. However, fans can likely expect a rematch as nothing was settled in this contender's matchup.

Dagestani Raimond Magomedaliev put in an excellent 15 minutes against Tyler McGuire to make a solid case to be the welterweight division's top contender. The American pushed forward for 15 minutes, but Magomedaliev had the answers every step of the way to earn a unanimous decision.

Kehl Winner by Split DecisionEnriko Kehl and Chingiz Allzov met again, but this time it was inside the ONE Circle. The longtime kickboxing rivals showed how closely matched they were in an exciting back-and-forth banger. After nine solid minutes, Kehl got two of the three judges to see it his way to grab the narrow victory.

"Reug Reug" Oumar Kane continued his ascent as the next African star with a first-round mauling of Patrick "The Big Swiss" Schmid. The Senegalese grappler got to show-off his developing striking before taking the match to the ground and ending the bout with strikes.