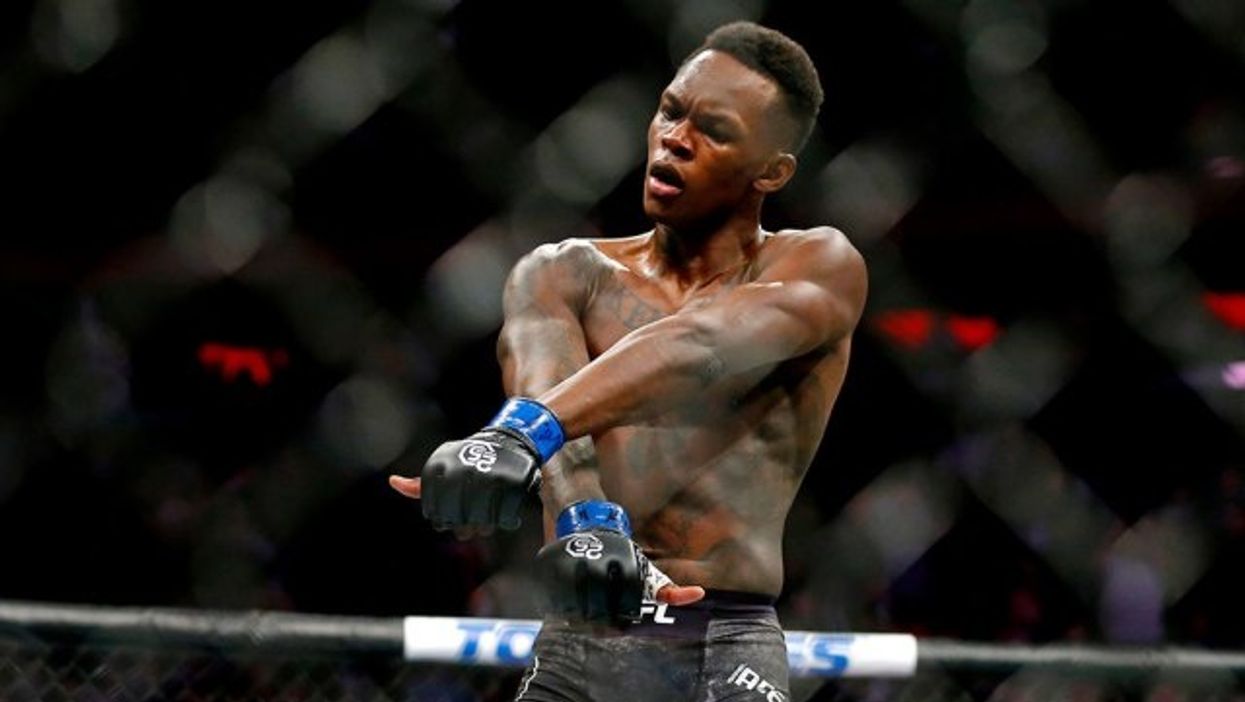 Israel "The Last Stylebender" Adesanya knocked out challenger Paulo Costa at the 3:59 mark of round two.

Adesanya went to work immediately in round one with an onslaught of leg kicks that bruised the lead leg of his formidable opponent, Paulo Costa. "The Last Stylebender" also threw multiple round kick and front kick variations as he continued to weaken Costa through the end of the first and beginning of the second round. A round kick to the head bloodied Costa almost one minute in to round two. When Costa attempted to engage again, Adesanya clipped him with a left hand that brought Costa to his knees and allowed the champion to secure the finish in dominant fashion.

The middleweight title was not the only belt on the line tonight, as Jan Blachowicz and Dominick Reyes faced off for the light heavyweight championship that was recently vacated by Jon "Bones" Jones. Many expected Reyes to claim the belt because of his impressive performance in a loss to Jones, but Blachowicz set the tone early with devastating left leg round kicks that bruised the body of Reyes. Ultimately, Blachowicz demonstrated his signature "Polish Power" to knock out his opponent and become the second Poland native to secure a UFC title.