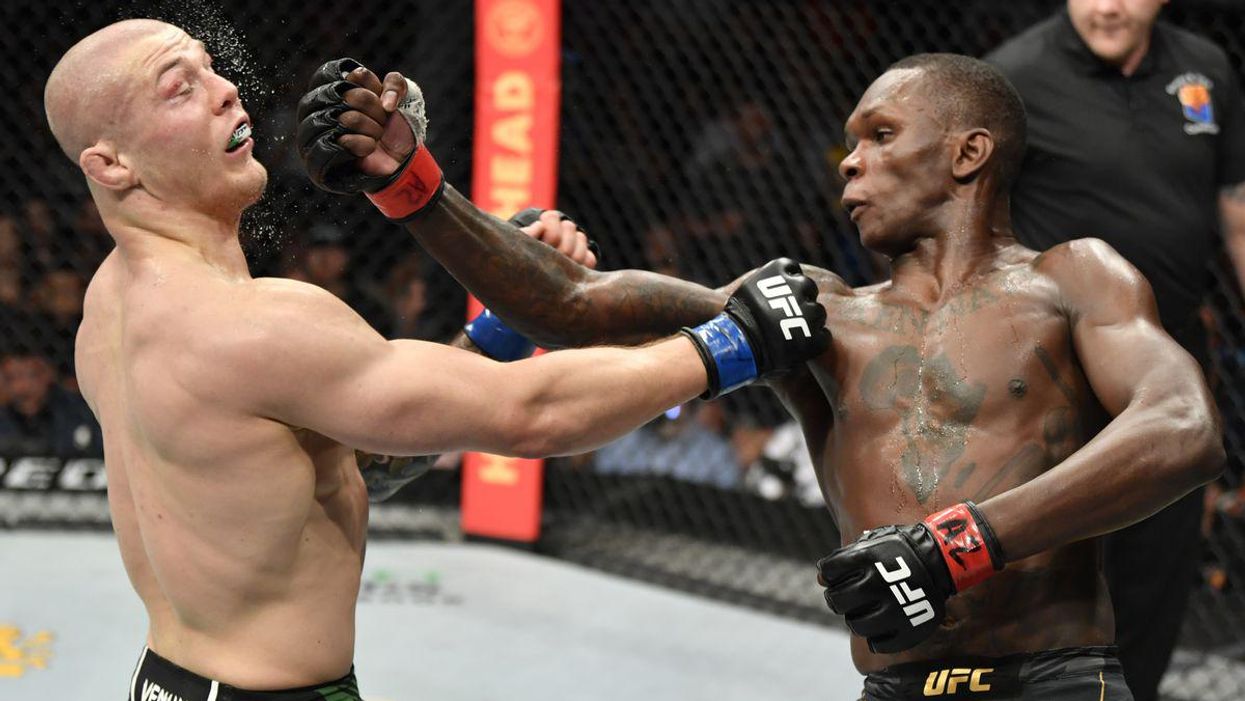 Marvin Vettori fell into the trap that so many Israel Adesanya opponents make, bringing the fight to the UFC middleweight champion then paying the price losing a one-sided unanimous decision in Saturday's UFC 263 main event from Arizona. Having struggled against Vettori in winning a split decision 3 years ago, Adesanya displayed his precise, counter striking game this time around moving and avoiding most of Vettori's blows while answering with sharp punches and kicks.

Vettori's best moment came in the third when he got a takedown and took Adesanya's back looking to sink in a choke. But Adesanya escaped scrambling to his feet, putting in an unintentional eye poke along the way, and then chopping up Vettori's leg with low kicks. After taking a front kick to the groin at the end of the third, Vettori seemed to lose all steam and Adesanya dominated the rest of the way for the win.

The co-main event was a rematch of last year's Deiveson Figueiredo-Brandon Moreno flyweight title fight draw. Moreno was on point getting a takedown in the third round and instantly leaping into a rear mount applying the choke for a submission to become the first Mexican-born UFC champion.