A UFC Contract, the Splits, and a Pregnancy Announcement 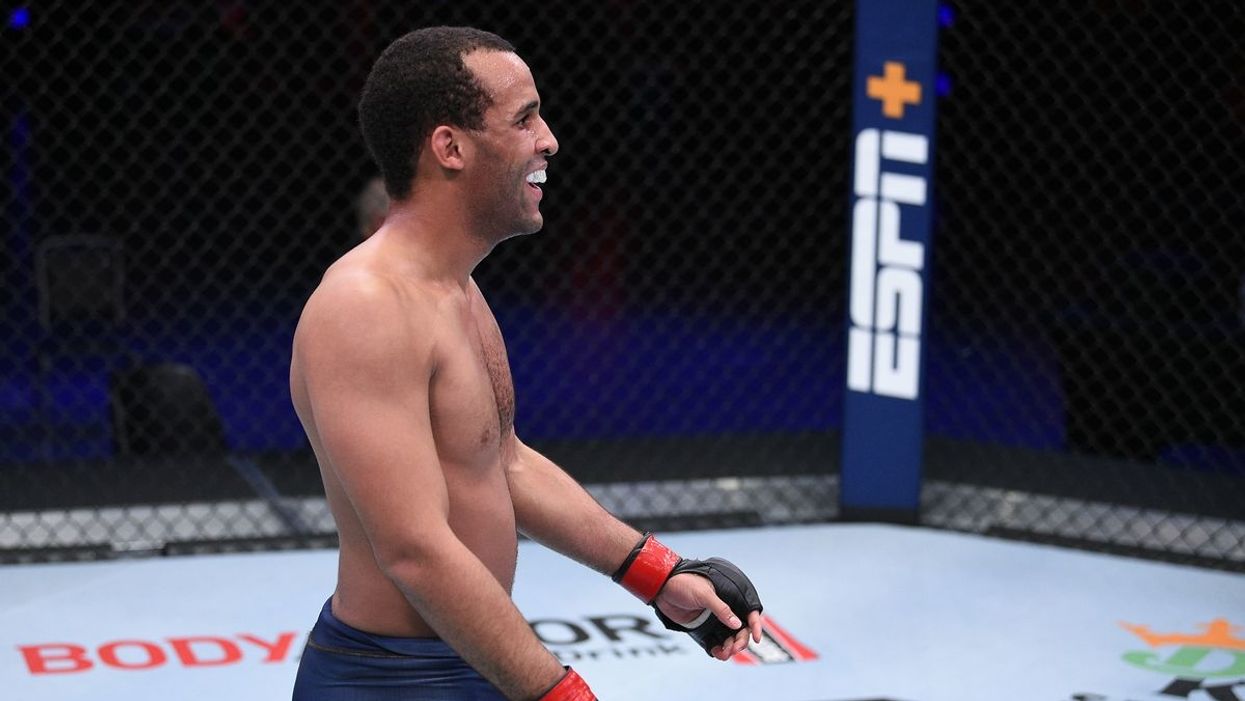 UFC fighter celebrates with the splits and spoiling a pregnancy announcement after securing a UFC contract.

Undefeated contender Jordan "The Monkey King" Leavitt (6-0) submitted Jose Flores with an arm-triangle choke in the first round of his bout in the opening promotion of Dana White's Contender Series, season four. Although the win was impressive, his post-fight celebration and interview have earned Leavitt a great deal of social media attention.

Immediately following the tap by Flores, Leavitt dropped into the splits and continued his celebration with "The Worm". The unique victory dance is apparently a signature of his, as he jokingly did the splits after his first amateur win and has continued the routine ever since. He says, "I guess I'm doing the splits until I'm 40 and done with this."

If the flexibility and breakdancing display wasn't enough, Leavitt also spoiled a family surprise in his post-fight interview. While speaking about the "life changing moment" of securing a UFC contract, he mentioned that he would be able to support his wife and baby on the way. After a pause, he added "I guess that's our pregnancy announcement." Regardless of any dances or accidental announcements, Leavitt's dominant performance suggests a bright future for him in the UFC.

In addition to Leavitt, Uros Medic and Dustin Jacoby were also awarded UFC contracts on Tuesday for their performances. Medic finished Mikey Gonzalez by TKO with a solid display of striking in the first round. Then, in the night's featured contest, Jacoby earned a dominant decision-win over Ty Flores.