Learn "Roll the Dice," a Self-Defense Technique From 52 Blocks! 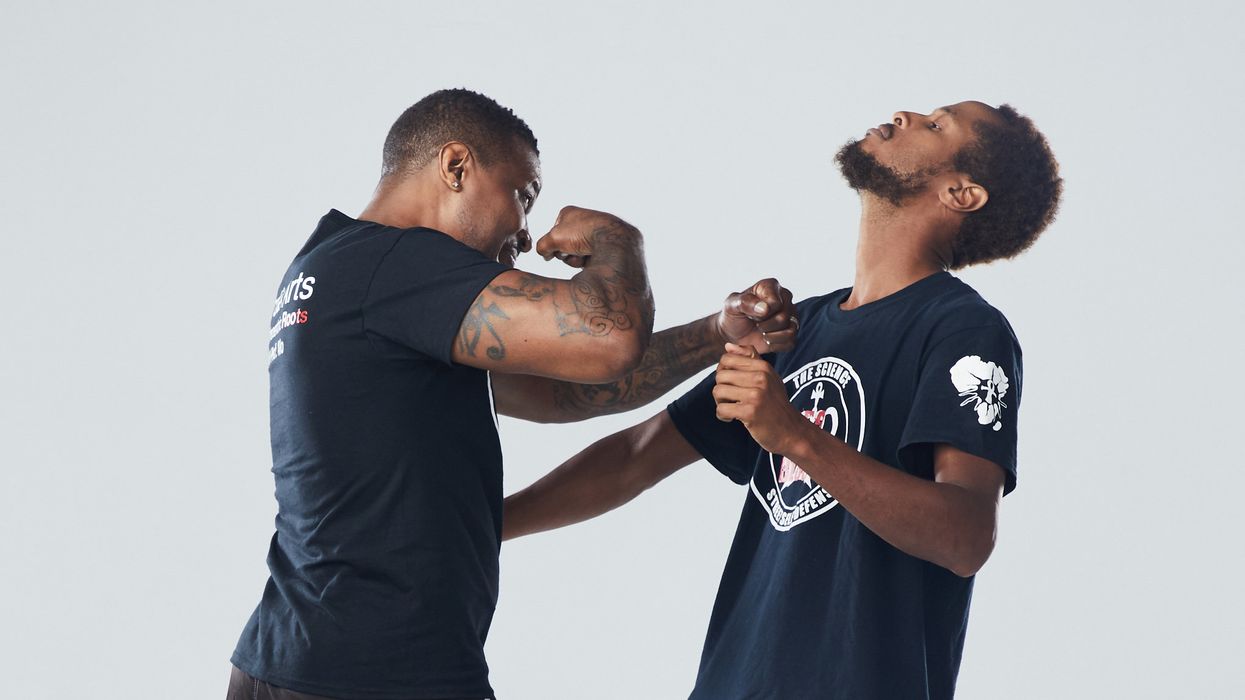 The best-known 52 Blocks instructor in America is Professor Mo, aka Mahaliel Bethea. He appeared on the cover of our June/July 2019 issue, as well as inside our June/July 2020 issue.

In the latter story, the New York City–based instructor teaches seven techniques from 52 Blocks. During the photo shoot, he demonstrated those techniques on video for Black Belt's online audience. One of the moves, called "roll the dice" is shown here.

The hand motion of "roll the dice" is similar to pedaling a bike with your arms. When your opponent reaches out to strike or grab, you cycle so the leading edge of the circle formed by your moving fists goes downward. That brings your fists or forearms into hard contact with his limb, Professor Mo says.

"You break down the arm by hitting him near his wrist and farther up the arm. Then you hit his face with one or more backfists.

"You can also cycle up at the end. In that case, your first one or two hits will knock his arm down, and then you would reverse the cycle and come up to strike him under the chin."

To learn six more techniques from 52 Blocks, order a copy of the June/July 2020 issue of directly from the Black Belt Store.