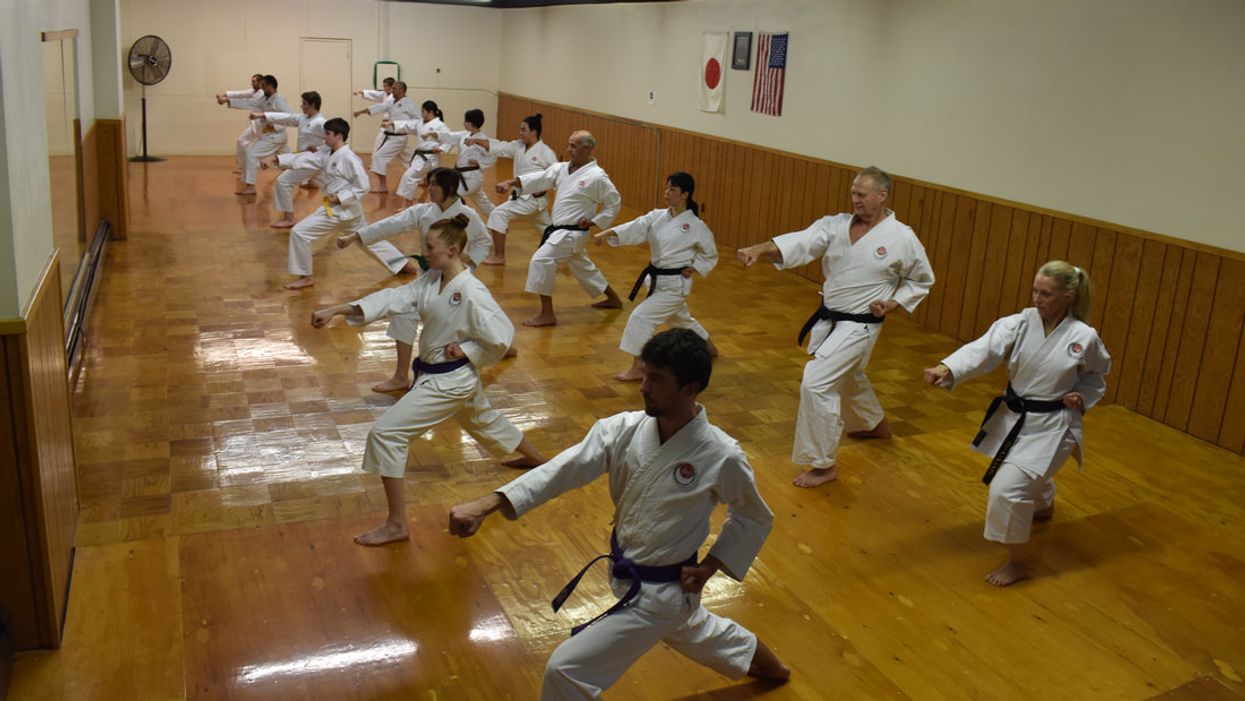 The timeless wisdom of shotokan karate founder Gichin Funakoshi will improve your martial arts practice and your life! Get started with these 20 precepts from the founder.

When you hear the name of a martial arts legend such as Jigoro Kano, Morihei Ueshiba or Bruce Lee, the recognition is instantaneous and the respect immense. That's because those masters revolutionized the way we look at the arts and changed the way we train.

In addition to codifying the physical techniques of their art, those martial arts icons managed to record the mental aspects of training for the benefit of posterity. None, however, did it better than Gichin Funakoshi. He knew that students could not be true budoka (practitioners of the warrior ways) without having learned some common principles to keep them on the path.

To this end, Gichin Funakoshi created the 20 Precepts of Karate as a set of guidelines to ensure that students used their training time wisely. Now, even at a time when many people are scrapping their style's roots and origins, the precepts still hold true. Perhaps best of all, they are not exclusive to shotokan karate; they can have an impact on all martial arts.

Karate Begins and Ends with Courtesy

In an age when sports, school and home life seem to be lacking in the respect, courtesy and manners department, the martial arts are needed more than ever. They can restore order to our life and instill respect for others.

In Karate, There Is No First Attack

In today's pressure-filled society, tempers flare easily and lawsuits abound. Having the reserved manner of a budoka can help us defuse situations without needing to resort to violence unless absolutely necessary.

Karate Is an Aid to Justice

FBI statistics show gang activity and violence expanding from the inner city to rural America. Law-abiding citizens who know self-defense can thwart criminals in their quest to overrun the general populace now as much as in the days of the unarmed Okinawan peasant.

Control Yourself Before You Attempt to Control Others

Recent news stories have told of children who turned their parents in to the authorities for drug abuse. The martial arts encourage this kind of behavior because they stress living virtuously rather than merely asking others to do so.

Without the spiritual component of karate, modern budoka — just like their Funakoshi-era counterparts — are merely doing an aerobic exercise. Whether it is a kata, a kickboxing match or an MMA bout, it must be done with heart, soul and spirit. Otherwise, grave injury can result.

Always Be Ready to Release Your Mind

Bruce Lee and other martial artists have echoed this thought. We should be free to listen and learn — without being burdened by our own mind. With a closed mind, the style and the practitioner become stagnant and go nowhere. Lee continually read books and learned new things; hence, his mind was free.

The martial arts are not enjoyable or safe unless attention is paid to careful practice. Does this relate to modern times? Ask any insurance company that covers martial arts studios.

Do Not Think That Karate Training Occurs Only in the Dojo

We need to take our martial arts training out of the school. Now more than ever, we must bring all aspects of the arts into our lives. Confidence, discipline and self-esteem cannot be achieved during the hour or so we spend in the martial arts school. We need to grow all day long.

It Takes an Entire Lifetime to Learn Karate

Although we live in a “fast food" society, we should not think there is an end to our martial arts training. The budo (warrior ways) can teach us patience and a never-give-up attitude, which are sorely lacking during this time of changing of spouses, jobs and homes.

Put Your Everyday Living Into Karate, and You Will Find the Secret

Did Gichin Funakoshi speak of enlightenment or learning the “death touch"? Of course not. He wanted us to live our art so we can reap the benefits of achieving mind/body harmony and inner peace — which the world always needs more of.

Karate Is Like Boiling Water: If You Do Not Heat It Constantly, It Will Cool

We need to remember that the martial arts are meant to be enjoyed as one of the few lifelong activities available to us. Even when he's well over 50, Bill Wallace continues to stand out because of his determination to “heat" his spirit and practice. Meanwhile, millions of practitioners around the world who began when Wallace did “cooled" and disappeared because they gave up. In general, we become bored too quickly. We need to keep our mind fresh and train constantly.

Modern martial artists tend to focus on the No. 1 competitor and shun the rest. Children, the mentally challenged and the physically handicapped all should be welcome in the martial arts studio because the arts emphasize not just winning but never losing or giving up. No student should ever feel like a loser.

Because Gichin Funakoshi was a learned man, it is doubtful that he meant this statement to apply only to the physical. Although it is obviously true within the physical realm, think of how it can apply to “victory" in our lives, our careers and our family relationships if we learn what is vulnerable in others as well as ourselves.

The Battle Unfolds According to How You Move Guarded and Unguarded

Gichin Funakoshi was ahead of his time when he advocated moving according to the moves of our opponents. This principle applies in karate sparring, kickboxing, reality-based combat and virtually every other type of martial arts practice. With a little extrapolation, it also can apply to competitiveness in business and career development.

Think of Your Hands and Feet as Swords

Gichin Funakoshi wanted all practitioners of the arts to view themselves as weapons — not just to know the damage they can inflict, but also to know they should use caution and restraint so they do not accidentally harm others.

Whenever You Leave Home, Envision Numerous Opponents Waiting for You

Funakoshi taught that it is our behavior that invites trouble from crooks. He was as reality-conscious as modern teachers like Tony Blauer, and he wanted everyone to be the same.

Beginners Must Master Low Stance and Posture; Natural Body Positions Are for the Advanced

Almost every martial art teaches beginners to be patient and let their body learn how to control its center of gravity and balance. Only when that is accomplished should the student move on to more advanced training.

Practicing Kata Is One Thing; Engaging in a Real Fight Is Another

Modern martial artists often are told that forms practice alone is not enough and that some reality-based combat training is necessary for self-defense. Fortunately, more schools accept this now than in the 1970s and '80s.

Do Not Forget to Correctly Learn the Strengths and Weaknesses of Power, the Stretching and Contraction of the Body, and the Slowness and Speed of Techniques

It is doubtful this precept will ever lose its impact. The gentle-but-deadly skill of a kung fu master, the leverage of a jujitsu expert and the flawless timing of a taekwondo champion illustrate how important these ingredients are for success.

Devise Ways to Live the Precepts Every Day

I could not have said it better myself.

About the author: Frank M. Kushner has practiced the martial arts for more than 30 years. He teaches shotokan karate in Binghamton, New York.