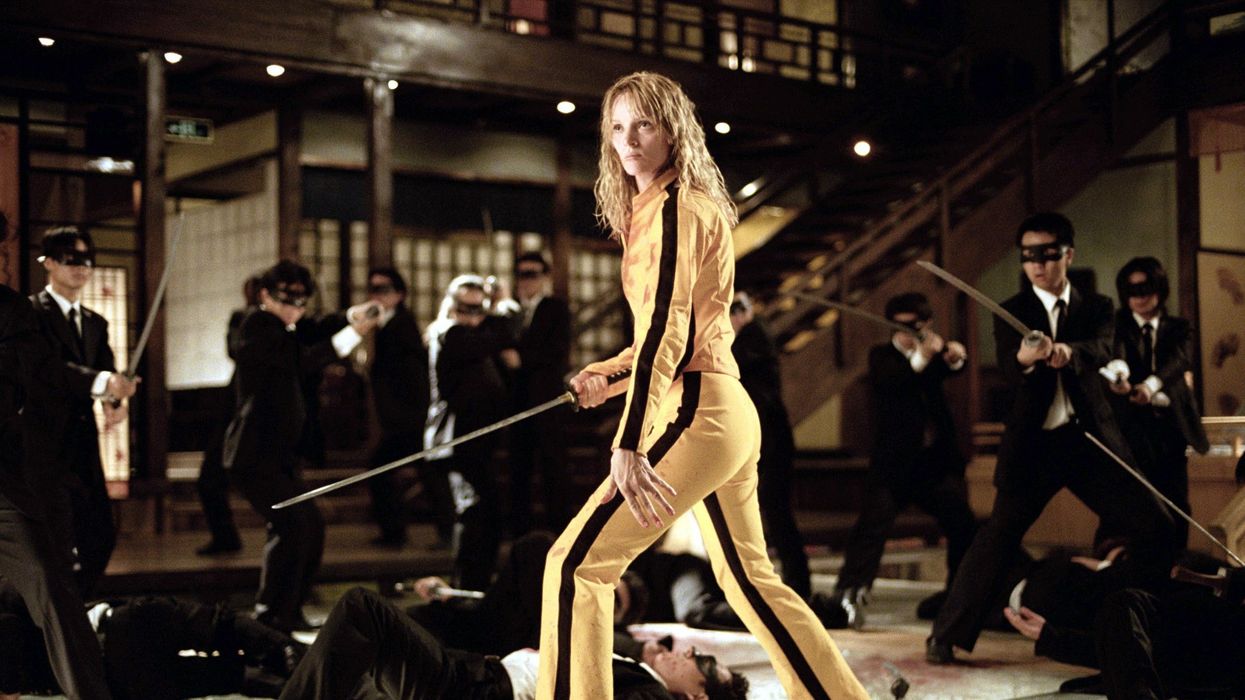 Everyone loves a martial arts movie, show or game. Movie fans love the action; martial artists love the authenticity (or, in some cases, the idea that arts shown could be authentic*).

*I'm looking at everyone who voted Mortal Kombat as their favorite martial arts movie. No matter how hard you train, you're never going to get lightning hands.

Indeed, many of the most iconic film characters are martial artists. Even if you haven't seen these movies, chances are you can name most of them off the top of your head. Here are 15 of the best-loved characters in film who are also martial artists:

Everyone knows Sylvester Stallone's Rocky. He plays a fighter who decides to recapture his glory days and in doing so, becomes the heavyweight champion. Rocky is a classic for action.

Everyone knows the Karate Kid's iconic sensei. Even if it has been years since you have seen the Karate Kid, no one can forget: Wax on, wax off.

In the criminal underworld, John Wick, played by Keanu Reeves, is an assassin that sets out to avenge his dog (the purest of motivations, TBH). He blends martial arts fighting styles and takes down his enemies.

Actor Keanu Reeves is himself an accomplished martial artist, and did his due diligence in training for the role:

4. The Teenage Mutant Ninja Turtles (yes, I'm counting them as one)

No martial arts list could be complete without mentioning the Teenage Mutant Ninja Turtles. These heroes began as a comic series, then cartoons and later a movie. For decades, these turtles, proficient in martial arts have been the favorites of kids and adults everywhere.

When it comes to martial films, Kill Bill stands out as one of the most popular and beloved movies. This movie contains and endless supply of references and appearances from different martial artists. The Bride, played by Uma Thurman, is a reference to Bruce Lee with her yellow tracksuit.

Now, Darth Maul might not be from a martial arts movie, but he is an iconic character with martial arts abilities that highlighted the stunt man Ray Park's martial arts training. Given he comes from one of the most iconic franchises of all times, it's important not to ignore Darth Maul and how cool of a martial artist he was.

Here's a video of the actor/martial artist, Ray Park, performing at the 1993 Wushu Worlds:

Watching a whole fight would take approximately 42 episodes and several hours of monologuing and dramatic pauses, but here's a composition of some of his best moments:

Another anime to make the list is Naruto. Naruto is one of the most famous animes. The title character is an expert martial artist. With over 700 episodes and around 10 movies, Naruto is a marital artist that is not only popular but also well loved.

Street Fighter is one of the most well-known and popular video game franchises of all time! While there are tons of recognizable characters from the franchise, you cannot deny the popularity of Ryu. He is the forefront character, the character with the headband and the sleeveless shirt.

I could have shown you clips from the gameplay, but the fact that there's a movie just makes this so much better.

Blade is the title character from the movie franchise! He is a half-vampire, half-human that kills vampires. Portrayed by the talented Wesley Snipes, he has a highly trained and iconic character. Even its sequels represent some quality martial arts.

Fun fact: Again, the actor behind the iconic vampire hunter, Wesley Snipes, is a multi-style black belt himself!

Another widely popular character played by Keanu Reeves, Neo made us all jealous when he learned kung fu instantly, literally with the push of a button. Not that we envy the rest of his life, but still.

Of all the franchises that feature marital arts, the Matrix is one of the most famous. Nearly everyone has seen it and even if you haven't, you could probably recognize the slow motion martial arts scenes.

If you want to have fun with a martial arts character, Po is fun. When it comes to kids who love martial arts, Kung Fu Panda is one of the most beloved movies. Po is the panda at the center of the movie. This movie is responsible for introducing children to martial arts.

Who are your favorite fictional martial artists? Let us know in the comments!